Ukraine won't speed up or delay Mr. Xi's timetable. (But it may cause him to work harder to strengthen China's military and insulate its economy from external pressure.)
by
| 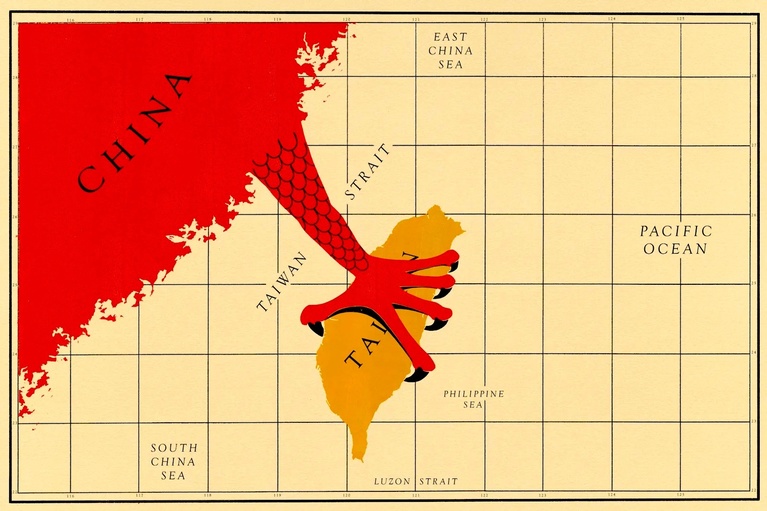 The Ukraine invasion has generated a slew of reports in the media and journals – some arguing the invasion will embolden Mr. Xi to invade Taiwan, and others saying that Russia's setbacks and the western response will deter him.

That anxiety has filled my inbox with the questions:

My answer to these queries:

Mr. Xi will not waiver in his determination to subdue Taiwan - peacefully or not.

And he will deal with the Taiwan issue in his own time.

'Taiwan’s reunification with the motherland is central to Xi’s promise to complete Mao Zedong’s revolution.'

‘Chinese President Xi Jinping is not the type of leader to let himself be pushed from his preferred course by anything or anyone – including Russian President Vladimir Putin.’

My take is that Mr. Xi will stay on his 'preferred course.'

As for Mr. Xi's 'preferred course' for Taiwan reunification, here's some of what I wrote in ‘Why China Won’t Invade Taiwan – Yet’ in May 2021.

‘Will China invade Taiwan in the next few years?’

‘The reason is Xi Jinping himself.’

‘In his quest for control of Hong Kong and the South China Sea, Mr. Xi didn't start shooting but instead, as Sun Tzu counsels in the Art of War, he ‘subdued his enemies without fighting.’

‘So far that’s been a campaign of economic, political, and diplomatic pressure; increasingly more frequent and larger military overflights; and a rapid military buildup that is threatening enough in itself - but Mr. Xi still has lots of other options short of an invasion.’

‘My longer answer to the question: Will China invade Taiwan?’

So will the invasion of Ukraine provoke Mr. Xi to push invasion from the bottom of the list of options to the top?

‘Following Russia’s invasion of Ukraine on February 24, two views quickly emerged in the West about what lesson China would take from the war.’

‘Both of these views are superficial, misleading, and just plain wrong.’

3 | ‘Only the reunification of Taiwan is a fitting accomplishment for Xi’s legacy.’

In trying to understand what Mr. Xi does and plans to do - not just about Taiwan but about just every issue - I have often suggested two maxims:

Regarding the first maxim as it relates to Taiwan, Mr. Xi said in his speech on July 1, 2021 marking the 100th anniversary of the founding of the Chinese Communist Party:

This of course is in line with every Chinese leader since Mao.

As Stanford’s Oriana Skylar Mastro writes in ‘The Taiwan Temptation

Take Mr. Xi at his word.

Regarding the second - Mr. Xi's ambition, ‘Xi has given every indication that his grand vision, the China Dream, and his own place in history require China-sized accomplishments on par with the country’s great emperors:'

‘The Belt and Road Initiative’s messy legacy of debt-driven diplomacy and half-finished projects does not do his imperial legacy justice.’

Or as Mr. Rudd says: ‘Taiwan’s separation from the motherland has always symbolized the era of Chinese weakness at the hands of Japanese imperialism.’ [China ceded Taiwan to Japan in 1895 following its defeat in the First Sino-Japanese War. (The Second Sino-Japanese War was from 1937 to 1945 – another sore point.)]

‘Taiwan’s reunification with the motherland is central to Xi’s promise to complete Mao Zedong’s revolution.’

‘For Xi, reunification is not in doubt, however.’

According to Henry Kissinger, ‘during President Nixon’s visit to China in 1972, a point was reached in discussions where Chairman Mao Zedong said:’

Mr. Rudd contends that ‘Xi has given this “necessary requirement for the great rejuvenation of the Chinese nation” a definite timetable:’

Based on these arguments, Mr. Xi aims for Taiwan unification – peacefully or not - no earlier than 2025 and no later than 2035.

After the invasion of Ukraine, The Washington Post reports,

Tomorrow hasn’t come for Taiwan – yet.

As Mr. Rudd points out:

‘He and the rest of the Chinese leadership will certainly be drawing military and financial lessons from Russia’s war in Ukraine.’

Taking the long view in ‘Taiwan Is Not Ukraine: Stop Linking Their Fates Together,’ Hoover Institution’s Kharis Templeman makes this distinction:

Google any variation of ‘China Ukraine lessons,' and you find a cornucopia of opinions – all speculative and often contradictory.

My take is that Mr. Xi will stay the course he has been on since he took power.

Mr. Rudd, to my eye, again takes the prize for accuracy:

‘Under Xi, China has already been pursuing economic self-sufficiency, financial and technological resilience, and a military modernization geared toward challenging, and someday displacing, US strategic primacy.’

Miliary. ‘Seeing Russian setbacks in Ukraine will not change the fundamental strategic objective of making the takeover of Taiwan militarily possible.’

‘Russia’s military and economic challenges in Ukraine will not affect Xi’s goal.’

‘China’s military modernization and efforts to instill greater discipline within the People’s Liberation Army began almost as soon as Xi took office in 2013.’

Economy. ‘The last lesson that China’s government will take from Russia’s experience is that it is essential to hardwire the Chinese economy against the kinds of financial and economic sanctions that the US and the European Union are now using to isolate and enfeeble Russia.’

‘Xi will also be motivated to redouble his effort to make China a “self-reliant” economy, by selectively decoupling supply chains from the West, supporting domestic technological self-sufficiency, and ensuring food and energy security.’

7 | The danger of Mr. Xi's confidence

More from Mr. Rudd: ‘Xi and the PLA will watch Russia’s military difficulties in Ukraine with keen interest, but in accordance with a strategic approach that is generally conservative about military risk-taking.’

‘So, the Chinese will watch what happens in Ukraine with an eye toward avoiding Putin’s mistakes, and with a deep confidence that China can and will do better.’

‘In the meantime, America and Taiwan face the challenge of building up effective levels of deterrence, so that when Xi’s preferred timetable reaches its moment of decision, the PLA will have no choice but to advise him that the military risks are still too great to launch an invasion.’

But will he think twice? Mr. Rudd writes:

‘Xi personally believes that he is a “great man,” able to channel the tides of history and fulfill China’s destiny – including through the reunification of Taiwan with the mainland.’