In a world of political hardball, investigative reporting, and tabloids, we know a lot (if not always accurate or unspun) about world leaders, especially those in functioning democracies. Not so with Xi Jinping.
by
| 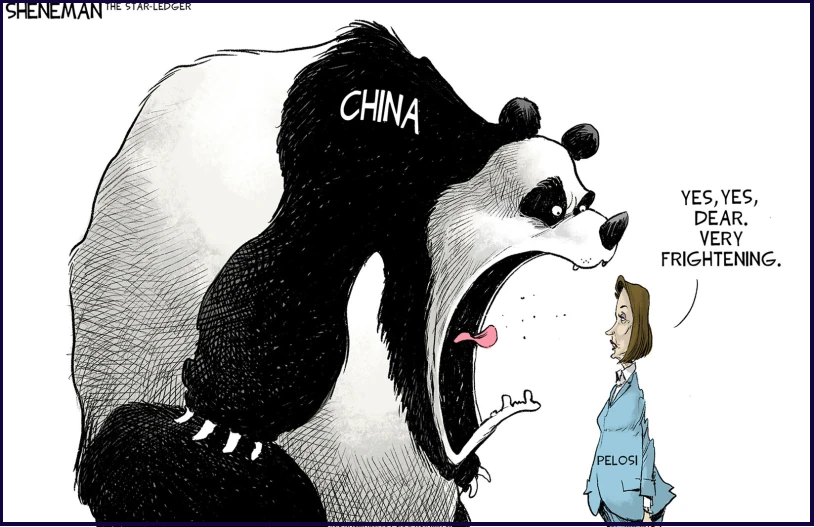 The big event during our summer break from publishing was China’s drills around Taiwan following Speaker Pelosi’s visit to Taipei.

These commentaries tell you, in turn, the drills’ aims were:

As for the question will China invade?

And if China invades, when?

Perplexed yet? No? Then also consider their take on Xi Jinping’s reasoning. Here are just two:

All by way of saying, when it comes to China and Taiwan, nobody knows.

This makes commentators on China easy targets (trust me, as one of them, I know).

We know next to nothing about China’s elite politics and decision-making processes.

I have often written here that to understand what’s happening in China and what will happen keep two tenets in mind.

But these can only take us so far.

That means when you’re reading a commentary by an esteemed expert, be cautious.

Just how much speculation is admirably set forth in ‘Xi Jinping’s Radical Secrecy: It makes China harder to predict and the world more dangerous,’ by Richard McGregor of the Lowy Institute, where he writes:

All this reminds of the passage from the Analects of Confucius:

More from Richard McGregor below.

Our friends at The China Project (formerly SupChina) produce these terrific video interviews with leading China experts who analyze issues vital to the decisions of CEOs and institutional investors. Check out the latest:

In a world of political hardball, investigative reporting, and tabloids, we know a lot (if not always accurate or unspun) about world leaders, especially those in functioning democracies.

‘What are billed by the official media as important speeches are typically not released until months after Xi has delivered them in closed forums.’

‘The secretiveness of Beijing’s ruling party might once have been dismissed as a mere eccentricity, fodder for an industry of intelligence analysts and academic Pekingologists to sort through for clues about top-level machinations.’

‘How would Xi, for example, make any decision to invade Taiwan?’

‘Almost anything China does has global fallout these days.’

And ‘heaven help any Chinese journalist who might manage to publish a real-time account of Xi’s decision making.’

‘Foreigners can simply be banned from entering the country ever again.’

2 | ‘Shining a flashlight into the corner of a dark room’

‘All of that can be illuminating as far as it goes—like shining a flashlight into the corner of a dark room and no farther.’

From reading his speeches and watching his actions, we can piece together an outline of how Mr. Xi consolidated power.

‘None of the local or foreign books about him can explain with clarity how the party chose Xi as the nominated successor to Hu Jintao in 2007,’ writes Richard McGregor.

‘Formally, the head of the Communist Party in China is chosen by the Central Committee, the roughly 370-member body that acts as kind of the expanded board of directors of China, Inc.’

‘Nor do any writings about Xi illuminate whatever mandate he was given when he assumed leadership of the party in late 2012, amid evident political turmoil.’

‘Xi’s harshness shocked many in the system, and still does.’

‘The Communist Party, after all, is a political machine before anything else.’

Like those who airbrushed fallen Soviet leaders from the lineup at a May Day parade, Mr. Xi and his minions have rewritten Chinese history with narratives that burnish Mr. Xi and the Chinese the Chinese Communist Party.

‘Under Xi, the battle over history has gone to another level, both in service of his own career and to ensure that the party can dictate whatever version of events it needs to align with current policy,’ writes Richard McGregor.

‘Decades may pass before the archives are accessible again or another time when the Chinese themselves, who are either unable or afraid to talk, start to publish memoirs and the like.’

‘By then, our assessments will be academic:’

Until then, expect to continue to face dazzlingly contradictory interpretations of China’s – and Mr. Xi’s – intentions.