Years ago, before the so-called ‘New Cold War,’ when asked what China issue interested me most, I said, ‘China and the liberal world order.’
by
| 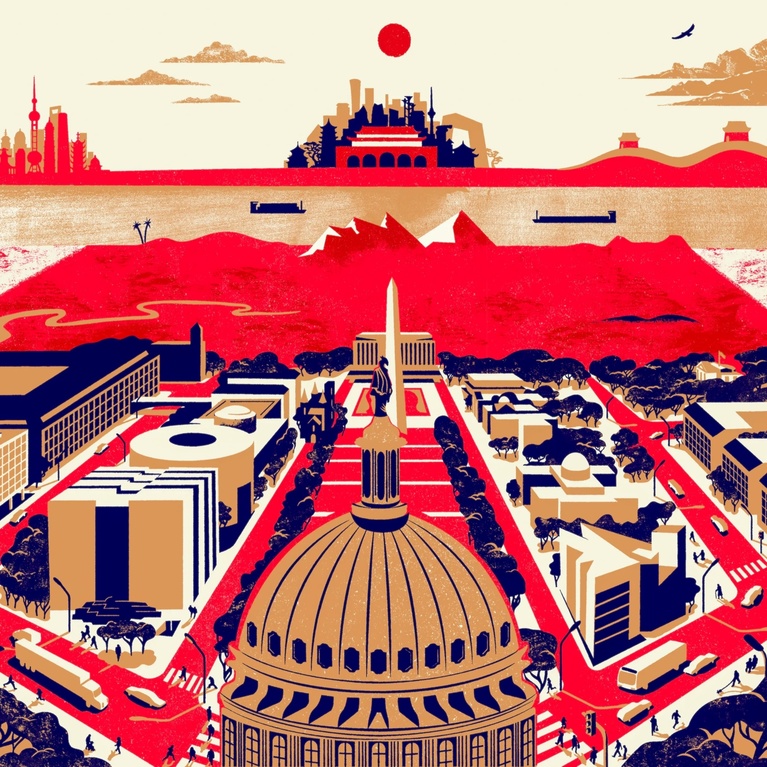 Years ago, before the so-called ‘New Cold War,’ when asked what China issue interested me most, I said, ‘China and the liberal world order.’

The time when I could ask those questions seems like the good old days indeed.

If I had been really prescient, I would have asked:

What got me thinking about all this was Michael Beckley of Tufts' long essay, ‘Enemies of My Enemy: How Fear of China Is Forging a New World Order.’ His argument in sum:

Dr. Beckley paints a grim, pretty much zero-sum contest between China and the U.S. to create a new world order. His picture is much more extreme than mine in many ways and in line with mine in some others.

Along with this essay and to lay out Xi Jinping’s vision of a Chinese world order and his actions to achieve it, I have drawn on Elizabeth Economy of the Hoover Institute’s excellent, ‘Xi Jinping’s New World Order: Can China Remake the International System?,’ also from Foreign Affairs.

Talk about the world order may sound pretty abstract and detached from problems in business and investment, or politics and economics.

Though certainly flawed in ways, the 'liberal world order' has provided a fairly stable environment and a degree of certainty giving us freedom, prosperity, and relative peace.

Take for granted, that is. until changes - and it is changing.

We're not feeling the impact of these - yet. But the impact is coming.

‘The international order is falling apart,’ says Michael Beckley of Tufts in ‘Enemies of My Enemy: How Fear of China Is Forging a New World Order,’ in the latest Foreign Affairs.

‘There are only two orders under construction right now—a Chinese-led one and a U.S.-led one.’

Where will this contest lead? Dr. Beckley predicts:

‘This clash of systems will define the twenty-first century and divide the world.’

Most of readers here understand from experience how the ‘liberal world order’ operates to create the landscape they live and work in.

These are explained in ‘Xi Jinping’s New World Order: Can China Remake the International System?,’  by Elizabeth Economy of the Hoover Institute at Stanford:

‘In Xi’s vision, a unified and resurgent China would be on par with or would surpass the United States:’

‘This shift in the geostrategic landscape reflects and reinforces an even more profound transformation: the rise of a China-centric order with its own norms and values.’

‘However imperfectly, the post–World War II international order was shaped primarily by liberal democracies that were committed in principle to universal human rights, the rule of law, free markets, and limited state intervention in the political and social lives of their citizens.’

‘Yet Xi seeks to flip a switch on post–World War II international order and replace its values - universal human rights, the rule of law, free markets, and limited state intervention in the political and social lives of their citizens - with the primacy of the state.’

Some Chinese friends tell me that the tension between China and the U.S. is all caused by U.S. actions.

From what I can tell, these beliefs are sincerely and widely held among the Chinese people and leadership.

Still, I point out to my Chinese friends that for more than 40 years the U.S. supported China’s economic development and welcomed it into the family of nations.

So if that’s the case, then: What happened to cause the U.S. and others to change?

‘Through a surge of repression and aggression, China [under Xi Jinping] has frightened countries near and far.’

‘This has triggered a flurry of responses.’

‘For the first time since the Cold War, a critical mass of countries faces serious threats to their security, welfare, and ways of life—all emanating from a single source.’

‘Democracies aren’t merely balancing against China—increasing their defense spending and forming military alliances—they are also reordering the world around it.’

Nonetheless, says Dr. Economy, ‘Chinese officials and scholars appear assured that the rest of the world is on board with Xi’s vision, as they trumpet, “The East is rising, and the West is declining!” ’

‘Xi’s success depends on whether he can adjust and reckon with the blowback.’

‘The standoff will end only when one side defeats or exhausts the other,’ says Dr. Beckley.

‘Yet it is also far from guaranteed that the U.S.-led democratic order will hold together.’

If you’ve gotten this far, you might be saying to yourself:

The point of the first exercise is obvious.

The point of the second exercise is this:

You may think that favoring democracy makes you a good guy. [Okay, that’s what I believe.]

Just looking at China, a Harvard Kennedy School survey found 95.5 percent of Chinese respondents were either “relatively satisfied” or “highly satisfied” with the government – and beyond the survey, they are rightly proud of their country’s achievements under the rule of the Chinese Communist Party.

For those of us in major democracies, what may make the thought exercises a little tough is that since World War Two, we have thrived under the ‘liberal world order’ established after the war.

We also take the liberal world order for granted.

But, ‘a stable world order is a rare thing,’ declares Richard Haass of the Council on Foreign Relations in ‘How a World Order Ends.’

So changes are coming as the China-led and U.S.-led world orders – driven by committed, fervent believers on both sides – clash with increasing intensity.

This means whether you’re in business or investment, government or geopolitics, the smart move is to understand these changes as they happen and adapt strategies and actions to them.

‘The outstanding political phenomenon of today is the resurgence of autocracy on a world wide scale,’ says Harvard’s William Bennett Munro in ‘The Resurgence of Autocracy.’

Not so many years after that, democratic and autocratic nations met on the battlefields of World War Two.

Fast forward to March 2021. At his first press conference, President Biden described the U.S.-Chinese rivalry as part of a broader competition between democracy and autocracy.

Sandwich in between the Cold War, and we see that rivalry for shaping the world order is nothing new.

If this talk of competition between democracy and autocracy seems too abstract to be useful, remember the thought exercises.