Joerg Wuttke is the president of the EU Chamber of Commerce in China - the 'official voice of European business in China.'
by
| 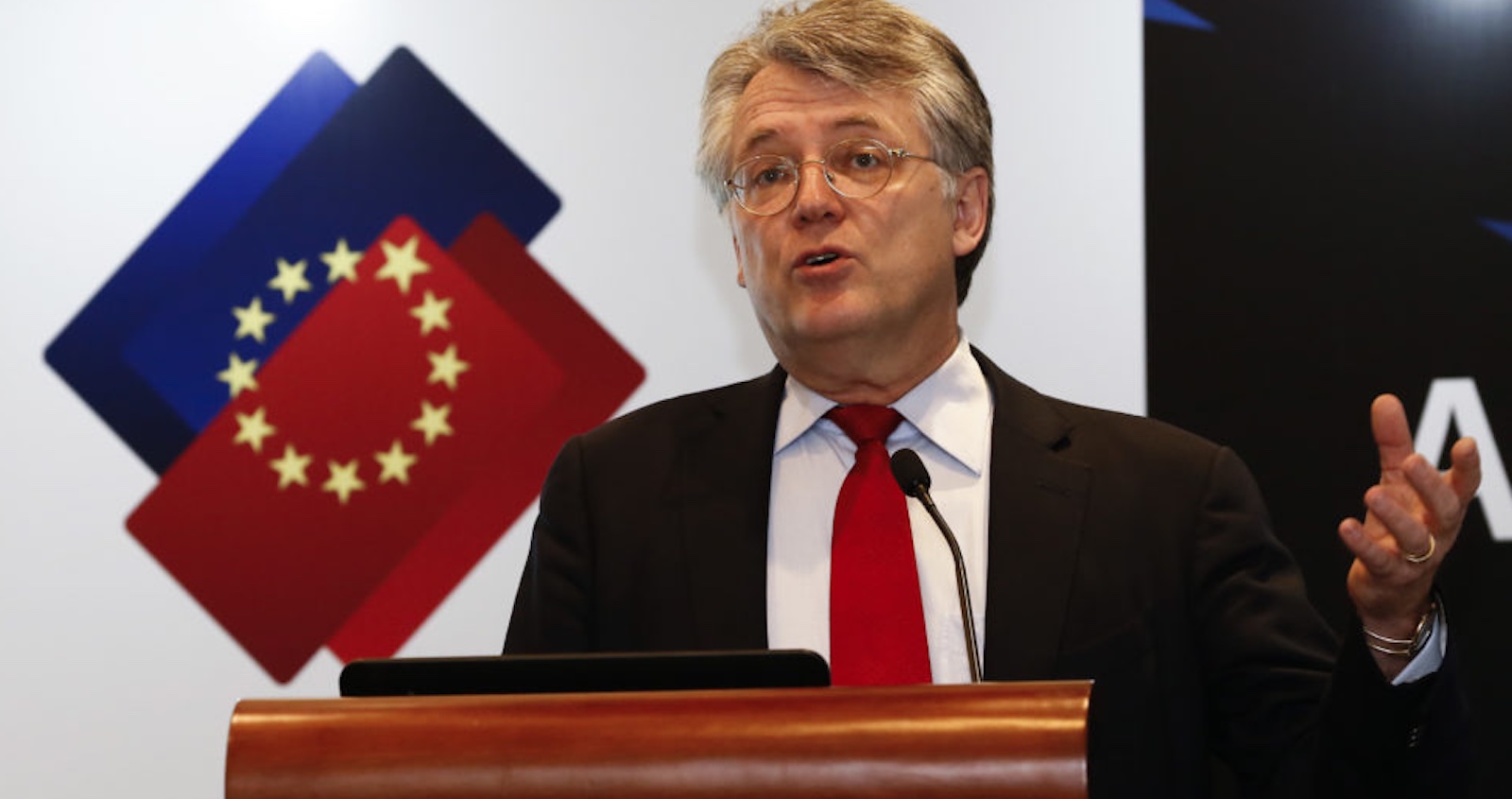 Joerg Wuttke, president of the EU Chamber of Commerce in China

The questions I get most these days:

Rather than answer these myself, I now just send ‘China's Leadership Is Prisoner of Its Own Narrative,’ an interview with Joerg Wuttke in The Market, a leading German-language financial website – and a must-read.

Joerg Wuttke is the president of the EU Chamber of Commerce in China -the 'official voice of European business in China.'

Over those decades, he has dealt at the highest levels of the Chinese government and Party as well as the EU and member governments.

But unlike so many fawning foreign business and financial people, Mr. Wuttke gives his take on any issue straight-from-the-shoulder.

His hand is always visible in the many excellent publications produced by the EU Chamber of Commerce in China.

Part One | The Politics of ‘Zero Covid’ & Lockdowns

Q: ‘Shanghai has been in lockdown for a month. What's your assessment of why China is still relying on lockdowns?’

Mr. Wuttke: ‘The Omicron wave is like a game of whack-a-mole for China.’

‘Here in China, the authorities always fall back to square one: lockdowns.’

2 | ‘Xi has maneuvered himself into a dead end’

Q: ‘Do you see any indication that the Zero Covid policy, which is behind the lockdowns, is being reconsidered?’

‘The authorities have made the Chinese population genuinely afraid of the virus.’

‘For the past two years, the party leadership and government have spun the narrative that China has handled the pandemic much better than the decadent West.’

‘President Xi wants to be confirmed for a third term at the 20th Party Congress in the fall, so he cannot change his narrative this close to the finish line.’

‘In short, President Xi has maneuvered himself into a dead-end:’

Q: ‘So given the choice between pandemic control and the economy, the economy gets the short end of the stick?’

'The political signaling is clear:'

‘The mayors, the regional politicians, they all have only one metric right now:

‘The system’s focus on Zero Covid leads to many decision-makers being in a kind of self-destruction mode.’

‘Imagine you're a mayor of a medium-sized city and a truck comes with supplies for a local factory with parts from the Shanghai area.’

‘You won’t get kicked out of your job if the economy in your area is doing poorly on average.’

‘Time and again you get confirmation from above:’

Q: ‘Do officials understand the impact of Zero Covid?’

Mr. Wuttke: ‘I try to tell my contacts in the government that they could take an example from Singapore, where the government deals very pragmatically with the virus and society has learned to live with it.’

‘But in closed meetings – especially in ministries that deal with the economy and businesses – I meet very well-informed and open-minded top politicians.’

‘In current politics, business people's messages hardly get through anymore.’

Q: ‘Officially, the government expects 5.5% GDP growth this year. Is that still realistic?’

‘The current lockdown is even more extreme than in early 2020.'

‘All signs indicate that the politicians do not want to solve the problem, but only to limit it.’

Q: ‘Did the downturn accelerate in April?’

‘GDP growth of 4.8% in the first quarter was probably already slightly managed upward.’

‘Remember, 2021 was a banner year for China's economy, especially in the manufacturing sector.’

Q: ‘To soften the blow, the government is trying to stimulate. Is it working?’

Mr. Wuttke: ‘The stimulus measures are like a band-aid for an amputation.’

‘The People's Bank of China pumps some liquidity into the system, money flows into infrastructure projects and state-owned enterprises receive support.’

‘All over China, entrepreneurs look to Shanghai and have to deal with the scenario that the same thing could happen in their city.’

Part Three | The Impact of Zero Covid on Supply Chains

1 | ‘Everyone is desperately trying to fill their warehouses.’

Q: ‘Is the Shanghai lockdown the main problem?’

‘Nationwide, freight volumes in April are down 15% year-on-year.’

‘I hear of car manufacturers that produce in Jiangsu province and are not directly affected by the lockdown.’

‘Everyone is desperately trying to fill their warehouses.’

‘These effects will only be seen in the economic data over the next few months.’

2 | ‘Ships are clogging up the waters off Shanghai.’

‘Shanghai has the largest port in the world.’

‘But there are not enough trucks to clear the containers.’

‘Now ships are clogging up the waters off Shanghai.’

‘Some are being diverted to Ningbo or Shenzhen.’

Q: ‘How is the impact being felt in Europe?’

Mr. Wuttke: ‘In Europe, you haven’t even begun to see the effects of these problems.’

‘Only in May and June will we see where the electronic equipment, the machine parts, the pharmaceutical precursors, and components are missing.’

2 | ‘Foreign companies looking to other Asian countries for their sourcing.’

Q: ‘How are foreign companies in China reacting?’

Mr. Wuttke: ‘China is losing its credibility as the best sourcing location in the world.’

‘With the current situation in China comes a huge loss of confidence, which will eventually lead to changes in supply chains.’

‘And I am now hearing from more and more foreign companies that they are trying to move their supply chains to other countries.’

‘That means their sourcing will be more expensive, because you can’t simply replace the extremely efficient Chinese cluster in many areas.’

Part Five | ‘Prisoners of Their Own Narrative’

Q: ‘Do you see any prospects at all for market-friendly reforms in China?’

Mr. Wuttke: ‘My experience in China is that when things get really bad, the technocrats come in.’

‘Perhaps there will be a rethink when the domestic economy hits rock bottom.’

‘For now, China is not getting out of the corner the president has maneuvered the country into.’