Every politician going into an election wants a strong economy. Xi Jinping is aiming to be reelected (and all indications are he will be) to a third five-year term at the National Party Congress this autumn. So Mr. Xi will ease (and stimulate ) as much as he can without creating major headaches to deal with after his reelection - all in the name of 'stability.'
by
| 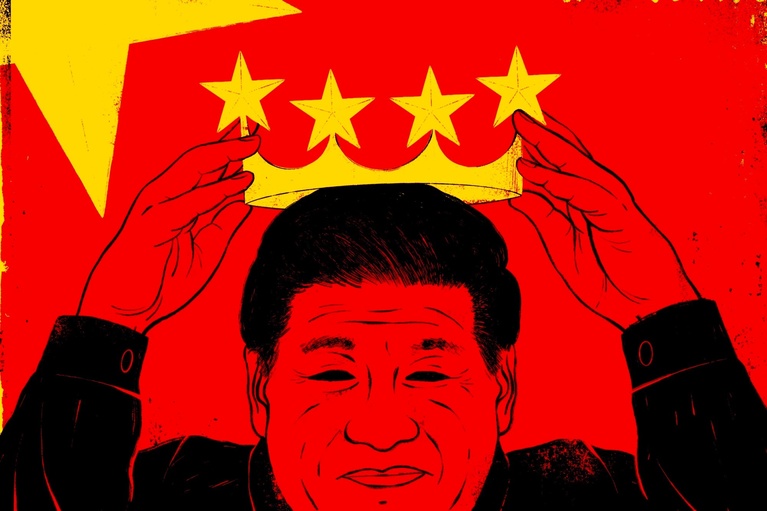 Each of our CHINARoundtables begins by asking each of the members what China issues are top of mind. At the last CHINARoundtable, an institutional investor told the group:

My thought is this:

Not only does Mr. Xi want the economy to be as strong as possible, he also doesn't want any of the many brewing crises to erupt in the runup to the Congress.

For that reason, I don't see Mr. Xi creating a crisis by, say, invading Taiwan.

There are even some indications that he might dial back 'wolf warrior' diplomacy.

When it comes to the economy the often-stated watchword is 'stability.'

In other words, this is Mr. Xi's big year - and nothing better spoil it. Stability.

An institutional investor recently asked me to say what the appointment of a hardline general to the command of the Hong Kong garrison ‘means through your lens.’ [Not covered here, but I’m happy to share my take – just shoot me an email.]

Mr. Xi is expected to have his third five-year term as China’s leader confirmed at the 20th National Congress of the Chinese Communist Party this autumn.

So until his third term is confirmed, I expect that Mr. Xi will do all he can to:

Both of these are crucial because, while Mr. Xi appears invincible, he has enemies and detractors among the political elite – all of whom would happily see him leave after ten years.

So as you try to evaluate anything that happens or to predict what will happen in China in 2022, the first question to ask:

The most obvious example for this last point is juicing the weakening economy with massive investment.

The challenge of us who try to analyze the Chinese economy is to figure out what officials will decide is the right balance of investment-induced GDP growth and added debt.

The comments to come are about the Chinese economy.

‘Stability’ is the watchword for keeping or increasing the support of the people and avoiding crises.

As Han Wenxiu, deputy director of the Office of the Central Financial and Economic Commission notes in his influential essay, ‘Stabilizing the macroeconomy is not only an economic issue but also a political issue’:

‘All regions and departments must shoulder the responsibility of stabilizing the macroeconomy.’

But just what does ‘stability’ mean?

‘2022 is set to be yet another trying year for China’s economy.’

‘Thread the needle of supporting some basic level of economic growth, without resorting to the massive stimulus of the past – as the latter would derail the Party’s longer-term priorities for the economy.’

As Trivium points out, the meaning of stability itself has changed.

‘But in 2017, Xi underscored defusing and containing financial risks as one of his top three policy priorities – or “three tough battles” – and the leadership’s focus on financial risks has not shifted since.’

‘This means that a high GDP growth rate, alone, no longer cuts it:’

A note about the Central Economic Work Conference (CEWC) just mentioned above by both Trivium and Han Wenxiu.

The 2022 CEWC, held from Dec 8-10 in Beijing, attended by all members of the Politburo Standing Committee and chaired by Mr. Xi, set the agenda for economic policy decisions for the coming year. As for the significance of some of the policy clues, this from Caixin’s ‘Roundup: China to Roll Back Some of Its Stricter Economy Policies in 2022, Experts Say’:

As I said before, every politician wants the best economy he can have going into an election/

And he will also do his best to keep all crises at bay.

This is the lens you should use to evaluate China in the runup to Mr. Xi's reelection at the National Party Congress in the fall.

If understanding the direction of China’s economy and specific policies are key to your work, you should know the CEWC readout.

And the best commentaries are in Chinese (just Google 中央经济工作会议 and let Google translate do the rest - for the hardcore, read about the provincial CEWC meetings held after the main CWEC too.)

The impact of stabilization is already being felt.

But first, an interlude.

I started the CHINARoundtable in 2012.

Because in-person meetings are problematic, the CHINARoundtable now convenes on Zoom.

In this way, each member absorbs a range of views on each China issue.

That’s the CHINARoundtable in a nutshell.

Now back to how 'stability' is impacting real estate, monetary policy, and the stock market.

With Evergrande the 2021 poster child for regulators getting tough with China’s real estate industry, we might expect them to keep turning the screws in 2022 – and any other year they might.

'The sector has been at the fore of Beijing's attack on bloated industries, high debt levels and over-investment as it strives for common prosperity and higher-quality growth.'

‘President Xi Jinping oversaw a meeting of the Communist Party’s Politburo that concluded with a signal of an easing on real estate curbs -- a key overhang for the economy.’

‘Looser policy contrasts to the U.S., where traders now expect the Federal Reserve will hike rates four times this year.’

‘Mr. Yi’s comments are similar to those he made a week ago.’

And consider this January 6 headline from the Shanghai Securities News, ‘Yi Huiman: In 2022, the China Securities Regulatory Commission will strive to achieve "three stability and three advancements" and deepen the reform and opening up of the capital market,’ translated from the Chinese and this from the interview with Mr. Yi:

Q: ‘The Central Economic Work Conference has put forward several requirements for the development of the capital market this year.

A:  'In 2022, the China Securities Regulatory Commission will strive to achieve "three stability and three advancements" and actively contribute to stabilizing the macroeconomic market.'