Whether you view it as an aggressive adversary or a nation asserting itself in ways commensurate with its rising status, China is creating risks – some subtle, some obvious - that, along with reactions of the U.S. and its allies, have to be factored, into every related business, investment, and policy strategy.
by
| 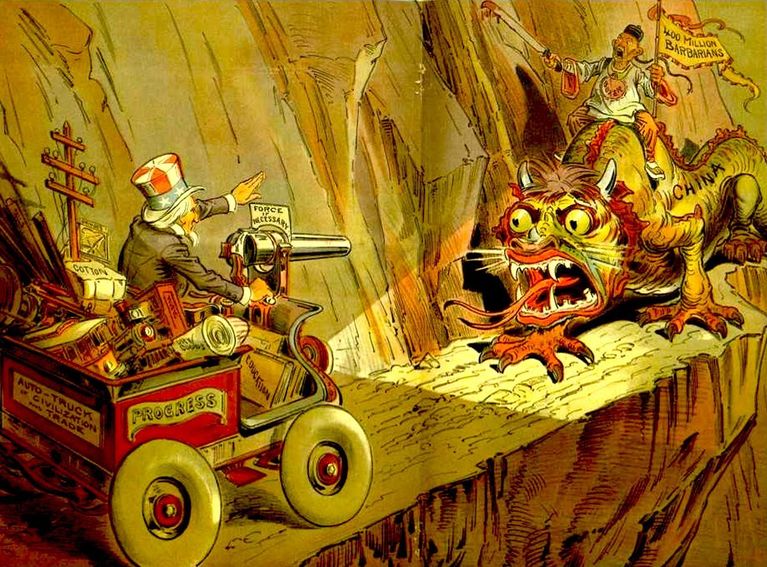 ‘Preserving a favorable balance of power against an aggressive adversary is the best means of deterring war, not an incitement to it,’ writes Hal Brands of the Johns Hopkins School of Advanced International Studies.

Whether you view it as an aggressive adversary or a nation asserting itself in ways commensurate with its rising status, China is creating risks – some subtle, some obvious -  that, along with reactions of the U.S. and its allies, have to be factored, into every related business, investment, and policy strategy.

As Kathryn Judge of Columbia Law School notes in her excellent, ‘The global economy needs to be better prepared for the coming storm’: ‘The final lesson from finance is the value of “stress testing”—trying to work out just how a firm would fare in an adverse scenario before anything bad actually happens.’ For example,

Along with ‘stress testing’ such a scenario, you also have to estimate the chances of its occurring.

For that reason, executives, investors, and policymakers should be tracking the way alliances are being built on both sides, and assessing how effective they are in maintaining peace and stability – or not.

During the Trump administration, with its lack of interest in strengthening U.S. alliances, power was balanced by the U.S. alone versus China.

His success in pulling in U.S. allies to face off with China is a tribute to good policy and good diplomacy.

When I talk with my Chinese counterparts, they often assert that the U.S. is the cause of deteriorating relations.

This point of view is well-expressed by Peking University’s Wang Jisi in his Foreign Affairs essay, ‘The Plot Against China?’

Mr. Wang continues: ‘In the United States, China’s rise is a source of neuralgia and anxiety.’

‘ “As the world faces unprecedented turbulence,” Xi told a group of high-ranking CCP officials in January, “time and momentum are on China’s side.” ’

As John Pomfret notes in one of my favorite essays, ‘China’s biggest global foil is often just China’:

‘The Chinese have termed these type of interactions “wolf warrior” diplomacy, inspired by a shoot-em-up action film of the same name.’

‘The moves are befuddling — with a buoyant economy and a practically covid-free country [this was written in 2021], China is poised to see its influence rise if it plays it smart.’

‘I’ve been studying China for my entire adult life, and I have to admit to being bewildered by China’s performance.’

Mr. Pomfret writes that China’s ‘goof ups’ are ‘a string of diplomatic misadventures that have become a hallmark of the rule of Xi Jinping.’

In other words, Mr. Xi is either annoying or scaring the bejesus out of countries - all at costs that seem to outweigh any benefits.

I have been tracking EU-China relations for some years and really didn’t think the Europeans would ever get on board with the U.S. in countering China.

‘The past two years have seen a major shift in Europe’s China policy,’ notes Philippe Le Corre in ‘Europe’s China Policy Has Taken a Sharp Turn. Where Will It Go Next?’

As a result, says Ian Johnson of the Council on Foreign Relations in ‘Has China Lost Europe?: How Beijing’s Economic Missteps and Support for Russia Soured European Leaders’:

‘But China’s increasingly rigid position on Taiwan has made things worse.’

‘The stakes are not small.’

And to shift the balance of power.

Mr. Xi has even got NATO – charged with defending Europe – riled up. As Bloomberg reports:

That singling out came in the ‘NATO 2022 Strategic Concept’ released at the summit.

‘14. We remain open to constructive engagement with the PRC, including to build reciprocal transparency, with a view to safeguarding the Alliance’s security interests.’

As The Brussels Times says in ‘NATO labels China threat to global security’:

‘NATO has now upped the rhetoric, directing labelling the PRC as a challenge to be confronted.’

When I used to negotiate multilateral treaties and conventions, we could spend a couple of weeks coming to agreement on one word.

The other side of the balance of power, China, is a different - and more difficult - story.

China has taken a different path from the U.S.

‘The United States’ network of alliances has long been a central pillar of its foreign policy—and, as competition with China has intensified in recent years, held up as a major U.S. advantage.’

‘In more recent years, Chinese leaders have begun to insist that they practice a “new type of international relations,” eschewing traditional power politics in favor of “win-win cooperation.” ’

‘Today, China has only one formal ally—North Korea, with whom it shares a mutual defense treaty.’

‘At the top of the pyramid are Russia and Pakistan (whose extra-special ties with Beijing are denoted by long and exclusive monikers, “China-Russia Comprehensive Strategic Partnership of Coordination for a New Era” and “China-Pakistan All Weather Strategic Cooperative Partnership”).’

‘In addition to such public diplomacy efforts, Beijing’s alliance-shy posture reflects a strategic decision to build relationships centered around economic ties in its quest for power and global influence.’

‘In fact, China has rapidly expanded its military capabilities over the last two decades and used its newfound might to intimidate Taiwan, jostle with India along a disputed border, and press its sovereignty claims in the East China and South China Seas.’

‘Beijing has bet instead that offering loans, investments, and trade opportunities, and doing business with any sovereign entity, regardless of its character and track record at home, will win China friends and influence.’

‘In the near term, China is unlikely to abandon its geo-economic strategy for dominance altogether.’

‘But there are two possible scenarios that could drive it to build a bona fide network of allies:’

‘(These two scenarios are not, of course, mutually exclusive.)’

‘Chinese leaders may come to such conclusions if they assess that the Communist Party’s core interests, such as its hold on power at home, authority over Xinjiang, Tibet, and Hong Kong, and claims of sovereignty over Taiwan would be untenable without striking formal defense pacts with key partners such as Russia, Pakistan, or Iran.’

Given the hardening of U.S. alliances to counter China, I am a little surprised that move isn’t in full gear.

As noted at the beginning: ‘Preserving a favorable balance of power against an aggressive adversary is the best means of deterring war, not an incitement to it.’

Either way, the U.S.-China balance of power will create or mitigate geopolitical risks.

Here are a couple of ways I track and assess how the balance of power is shifting,

Watch for announcements like the ‘NATO 2022 Strategic Concept’ and compare them to earlier ones.

And watch for the actions of individual countries.

On this side of the power balancing, there are a lot of moving parts – and a lot to follow.