Understanding the drivers of China’s rise to supply chain prominence gives (me anyway) insights to help analyze the changes – or not – of ‘decoupling.’
by
| 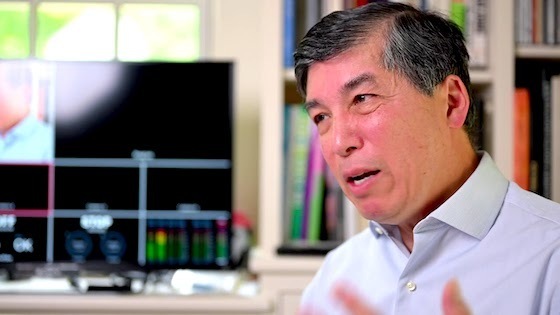 The U.S.-China Economic and Security Review Commission, created by and reporting to the United States Congress held an all-day hearing last week on:

As usual the Commission brought in top experts to give testimony.

There are great descriptions of specific supply chains, such as semiconductors and rare earth.

In this regard, two essays stand out by

All the essays are excellent and worth a browse to find those that fit your interest.

Part One | 'The competitiveness of China is eroding': Willy Shih, HBS

‘China was late to industrialize, relative to the U.S., Europe, and other East Asian countries.

‘When it built its electric grid, its communications network, and a fair amount of its manufacturing capacity, it didn’t have a lot of existing (and older) infrastructure that was already paid for and fully depreciated, or maybe State-owned Enterprises (SOE) didn’t have to worry about concepts like depreciation schedules.’

‘Some of the old Mao era manufacturing legacy was pretty archaic, but firms weren’t afraid to invest in a lot of new capacity.’

2 | ‘A lot of know-how embedded in those production tools’

‘In China during the 1990s and 2000s, a period of rapid industrialization, both Chinese and foreign-invested companies imported a great deal of production equipment.’

‘The equipment generally comes with training, as it is in the interest of the toolmakers to provide it.’

‘Let me add that China historically engaged in a unique combination of centralized planning with experimentation.’

‘I would like to highlight in particular the National High-tech R&D Program, also known as the “863 Program” named for the year and month (March, 1986) when four scholars proposed a plan to accelerate the country’s high tech development.’

‘China also has a fierce form of market competition, and it is driven by policymakers in provinces and cities who take plans handed down from Beijing and implement them with their own means and methods, competing fiercely with each other.’

4 | ‘The pandemic revealed a lot of surprise dependencies.’

‘China’s position in global supply chains is much more pervasive than many people realize.’

‘While many people focus on the high profile products like lithium-ion batteries, computers, communications equipment, or pharmaceuticals, we actually have broad dependencies that run much deeper than most Americans realize.’

‘In the midst of the supply chain crisis that we have been living through for the past two years, imports from China have posted records month after month, because we don’t have anywhere else to go to for a lot of manufacturing capacity.’

5 | ‘Economies of scale and process learning’

‘China’s position is durable, though not insurmountable, because they have both the capacity and the capabilities.’

‘Chinese companies have been willing and able to apply the latest process innovations.

‘Economies of scale and process learning as exemplified by the learning curve play a crucial role.’

‘Economies of scale are cost decreases that result from expanding production.’

‘Economies of scale are frequently found in industries that require large capital expenditures on plant and equipment, or the establishment of a large infrastructure prior to the ability to begin providing service.’

‘China has been able to take advantage of the tradability of its output, and as a low-cost provider combine the gigantic export market with its own growing domestic market.’

‘Experience curve benefits can be attributed to improvements in labor efficiency as workers’ dexterity improves, standardization, specialization and work method improvements, improved use of tools and equipment, product redesigns to improve assembly efficiency and productivity, material substitutions and more efficient use of inputs, and a shared experience effect when multiple products share usage of common resources.’

‘One of the key benefits that I have observed Chinese manufacturers have been able to exploit is a market breadth and depth that facilitates this learning.’

‘China didn’t invent this idea – it is a feature of market economies.’

9 | ‘The competitiveness of China is eroding.’

‘In my opinion the competitiveness of China is eroding, and I would attribute this to several factors:’

10 | ‘I am not prepared to write off China’s long-term capabilities.’

‘Meaningful shifts in production have already, and continue to take place. Countries like Vietnam, Malaysia, and Mexico have seen gains.’

‘From 1978 until the global financial crisis in 2008-2009, China transitioned from a nearly autarkic country to the world’s largest manufacturer and goods exporter.’

‘China’s deep integration into global supply chains in this period was enabled by:’

‘China’s entry into the global trading system from 1978 through 2008 coincided with a new wave of globalization and global value chain development driven by the information and communications technology (ICT) revolution and declining transportation costs.’

‘Centrality in East Asia only mattered given China’s comparative advantages: most importantly, a large, relatively well-educated, and low-cost workforce.’

‘Additionally, Mao policies restricting urbanization beginning in the late 1950s resulted in over 80% of the population remaining underemployed in rural areas, leading to a huge surplus rural labor population that could migrate for work to urban areas without driving up wage pressures.6 Along with an urban workforce with higher levels of education, China thus had an ideal combination of supervisory manpower and a vast pool of unskilled workers.’

‘In addition to China’s well-educated yet cheap labor force, China’s huge size and relatively well-developed infrastructure (see below) also provided firms with the option to relocate production within the country.’

‘Yet the single most important factor in china's global trade dominance has been the productivity gains enabled by state-owned enterprise (SOE) reform and private sector entry in the 1990s and 2000s, and this market liberalization was itself enabled by earlier trade liberalization.’

‘On trade liberalization, in the 1980s China began to de-monopolize its Mao era foreign trade regime, under which the currency was entirely non-convertible, only12 foreign trade corporations (FTC) were allowed to conduct cross-border trade, and an export plan covered all of China’s exports.’

‘And from a highly overvalued currency, China in the mid-1990s moved to a market-based currency convertible on the current account.’

‘At the time, China replaced non-tariff administrative barriers to trade with high tariffs, but over the course of the 1990s these high tariffs were reduced below the developing country average to pave the way for WTO liberalization.’

‘Policy makers established four SEZs in Guangdong and Fujian in 1979 – enclaves that did not threaten China’s system of domestic production—followed by 14 open cities in 1984.’

‘Beyond SEZs and export processing tax break policies—policies which China learned from Asia and the rest of the world - explicit attention to infrastructure development and to decentralization helped to attract FDI.’

‘Part of this infrastructure performance was driven by competition between local governments to attract investment: in the 1980s, China developed a regionally decentralized form of authoritarianism in which local officials were incentivized to attract FDI to boost economic growth and thus their career prospects.’

‘These officials instead seek to maximize short term growth and minimize creative destruction and attendant unemployment.’