The view from inside China appears to be quite different. Yes, the Chinese people may grumble about the Zero-COVID lockdowns, and just a few days a banner critical of Mr. Xi and his regime was unveiled over an overpass in Beijing.
by 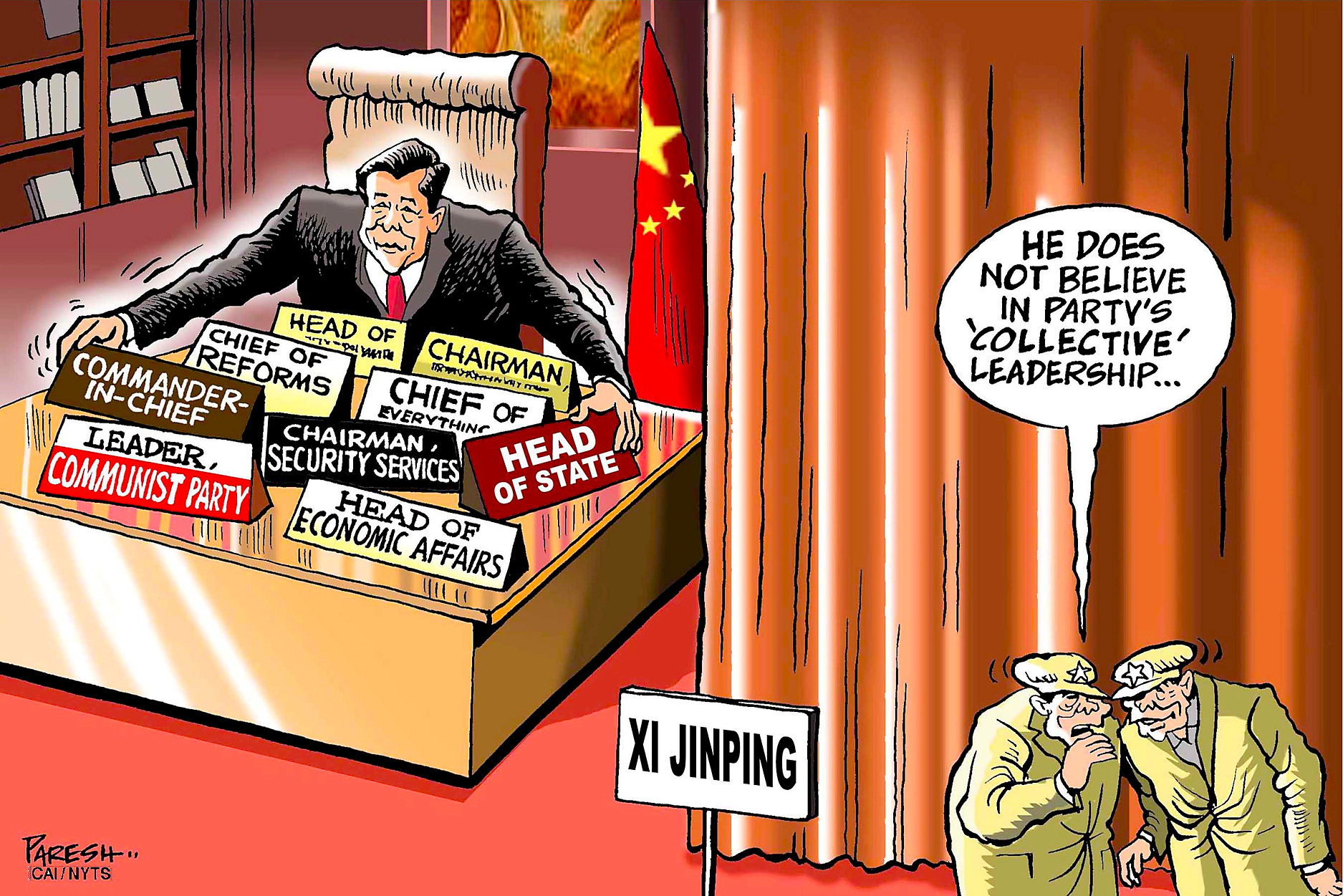 Xi Jinping: ‘Chairman of Everything’

The Chinese Communist Party’s 20th National Congress which began on Sunday is a pretty ho-hum affair.

These are good news both from the perspective of China hawks and of the Chinese people – just for different reasons.

1 | Crossing a threshold into outright dictatorship

If you are a China hawk, Mr. Xi’s staying in power and staying the course are good things.

As CSIS’s Jude Blanchette writes in ‘Party of One: The CCP Congress and Xi Jinping’s Quest to Control China’ in Foreign Affairs:‘The reactive, shortsighted, and often incoherent set of policies that Xi has promoted over the past five years intended to achieve his global ambitions and confront the country’s innumerable challenges have placed China on a worrying path of:’

‘Chinese President Xi Jinping’s unprecedented third term as general secretary will drag the CCP back to the pathologies of the Mao era and simultaneously push it toward a future of:’

‘Rather than a moment of course correction, the 20th Party Congress sees the CCP—a regime that has long enjoyed a reputation of competence, pragmatism, and predictability—cross a threshold into outright dictatorship.’‘And, with it, a likely future of:’

From this litany of woes, two of Mr. Blanchette’s comments are worth highlighting.First, the Chinese Communist Party has ‘long enjoyed a reputation of competence, pragmatism, and predictability.’

For years, before Mr. Xi, whenever I would be asked about headlines of some crisis in China that portended its fall, I would counsel:

Any solution now has to be in line with ‘Xi Jinping Thought.’

Any solution to a serious problem now is subject to Mr. Xi’s sole decision.

Second, ‘the CCP is cross[ing] a threshold into outright dictatorship.’

But, as Susan Shirk, chair of the 21st Century China Center at UC San Diego, notes in her NYT op-ed, ‘Xi Jinping Has Fallen Into the Dictator Trap’:

‘Mr. Xi fell into the same trap that has ensnared dictators throughout history:

The view from inside China appears to be quite different.

But, as one author has pointed out, the Chinese people are better off as a whole than at any time in Chinese history, and they know it.

And the Chinese people seem supportive of Mr. Xi’s tough stance on issues like Xijiang, Hong Kong, and Taiwan.

‘But we should put ourselves in the Chinese perspective.’

‘The first is poverty elimination.’

‘Of course, Xi Jinping was not the leader from the start date - Deng Xiaoping started the process.’

‘Number two is the environment and green development.’

‘About 10 years ago, when you arrived in China, you’d see the pollution in major cities – but things have changed dramatically.’

‘People at that time - including myself - thought the Communist Party’s days were numbered.’

‘Just to give you one example, 10 years ago, very few college students were interested in joining the Chinese Communist Party. What was the point?’

‘But 10 years later, there's a high percentage of students in China’s elite schools – Peking University, Tsinghua University, Fudan University, you name it – who are joining the Party.’

‘These are just a few of the reasons for his popularity among the Chinese people.'

Listening to Dr. Cheng reminded me of an expression common in China:

Whether you chalk this sort of thinking – and the support of Mr. Xi - up to indoctrination, propaganda, or actual national pride, it means that where we see cracks in Mr. Xi and his rule, a lot of the Chinese people see a leader they love or at least respect and have confidence in.

That said, throughout history, popular leaders/autocrats/dictators (pick your appellation for Mr. Xi) have nonetheless taken their peoples down the paths to downfall and even destruction.

Having considered the foreign view of Xi Jinping and the view of the Chinese people, let’s look at Mr. Xi himself.

‘In his first years as China’s leader, Xi Jinping paid for his own steamed dumplings in a cheap diner, casually rolled up his trouser legs to avoid splashes in the rain, and was serenaded with sugary pop tunes.’

‘Mr. Xi, 69, presents himself as the history-steeped guardian of China’s destiny.’

‘In Mr. Xi’s worldview, the party is the custodian of traditional Chinese hierarchy and discipline, set against the dysfunction of democracies.’

‘He argues that the party’s centralized power can mobilize China to accomplish feats beyond the grasp of Western countries, like cutting rural poverty, leaping into new technologies, or — so it seemed for a while — efficiently halting the spread of Covid.’

‘Mr. Xi is already looking well beyond the next five years, trying to build a lasting edifice of power and policies.’

Is this a case of Xi Jinping's believing his own press rather than acknowledging the realities in China and the world?

And woe to anyone who opposes him.