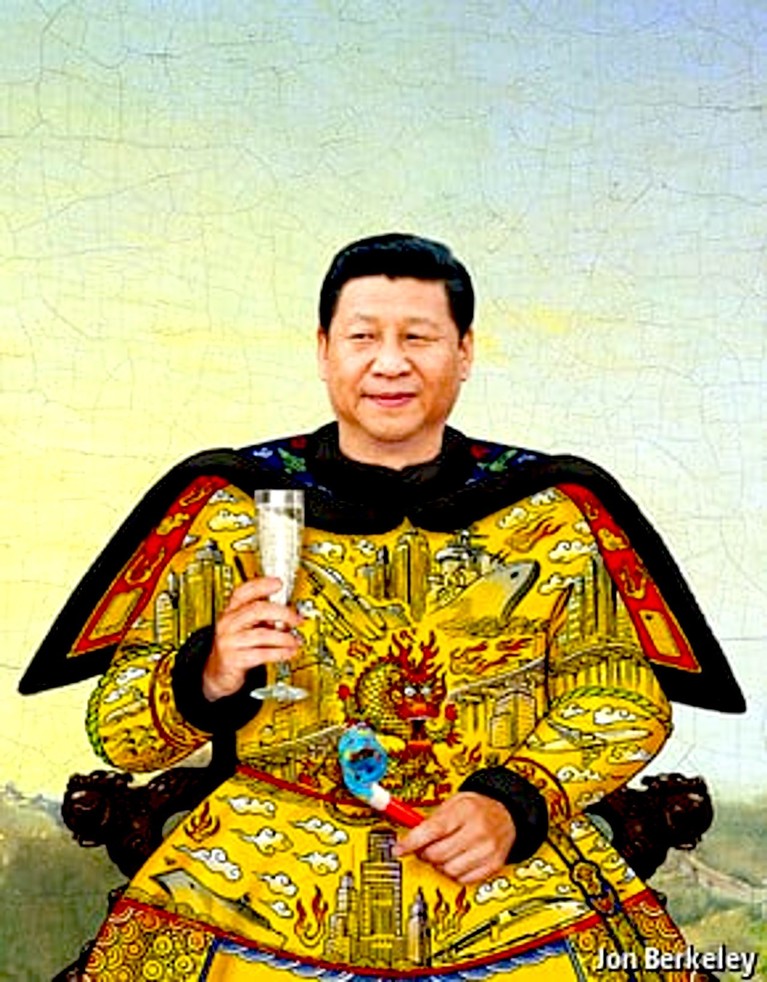 Today's issue is a heads up on what may be Xi Jinping's efforts to reshape Chinese society.

But Xi Jinping may have broader ambitions that we miss if we just situate these moves in the objectives of the tech ‘crackdown.’

Chinese emperors and Chinese Communist leaders have been trying variations on this for a couple of millennia.

If this sounds a little farfetched, then how about situating the new regulations alongside China's sweeping ‘Social Credit System.’

If in fact Mr. Xi is embarking on the contemporary version of Chiang Kai-shek’s ‘New Life Campaign’ (and its ilk in past governments) in an effort to outdo Mao and Deng and maybe all the Chinese emperors too, then…well…we have a whole new set of business and investment risks in China on our hands.

Here are a few thoughts on what’s happening and on how to better read Mr. Xi's speeches and other official pronouncements.

The ‘Anti-Spitting Campaign’ is maybe the only detail I remember about the ‘New Life Movement’ from my year-long course in modern Chinese history in graduate school.

The New Life Movement of the 1930s was started by Chiang Kai-shek, China’s leader and head of the Kuomintang, the Nationalist Party.

Over the previous 2,000 or so years, Chinese rulers, at one time or another, had given this a try (without much success).

What brought all this to mind is Xi Jinping’s attack on kids’ indulging in the ‘spiritual opium’ of video games.

‘Communist Party leaders have also gone after other influences on the lives of young people that they deem harmful.’

‘The government’s recent focus is on children, who the party says it fears are being inundated with a toxic culture that poisons their minds, isolates them from society and saps young boys of their masculinity.’

I think there is more going on here than a change in the social contract.

These new regulations are a part of the tech ‘crackdown’ on internet consumer companies to be sure.

Still it’s a big jump to infer that Mr. Xi is engaged in an effort aimed at the wholesale reshaping of society based on few new regulations.

The big one is the ‘Social Credit System.’

The New Life Movement failed, as did its predecessors.

He has two tools that neither Chiang Kai-shek nor the emperors could have dreamed of: the internet and big data.

A scholarly analysis of the System from 2019 says:

‘Implementing a social credit system that comprises disciplinary technology that rewards those who are honest, trustworthy and virtuous, while punishing those who display signs of dishonesty, corruption and deception is alleged by the Chinese government to be a necessity in fixing moral decay and bringing about a virtuous state of social harmony in China.’

Most western assessments of the Social Credit System claim it is one more cynical attempt to assert even greater control over the Chinese citizenry and companies.

My take, as I’ve written before, on the ‘socialism’ part of ‘socialism with Chinese characteristics’ is this:

The other half of the equation, the ‘Chinese characteristics’ part, is many-faceted and complicated.

In explaining the reasoning behind the new video game rules, the Xinhua news agency said (as reported in The Wall Street Journal):

This ‘new generation of man’ sounds a bit like the Marxist ideal of creating the new ‘socialist man’ or ‘communist man,’ necessary for the ultimate realization of communism.

And this, along with so much else Mr. Xi has said and recent Chinese commentators have written, is as big a part of ‘Chinese characteristics’ as adapting Marxist economic theory to China’s unique situation.

To accomplish that, he has to exceed all before him in three of several key traditional measures of imperial excellence:

If we give him the benefit of the doubt and take him at his word, Mr. Xi and the Party, as he has repeated often in his speeches, are indeed working tirelessly for the good of the people.

His signature ‘Anti-Corruption Campaign’ has gone a long way toward weeding out bad officials and scaring others into acceptable behavior. (Along with purging his enemies and tamping down criticism of him and his policies.)

While other leaders have had some success in these two first measures, none has succeeded in the third, creating an enduringly virtuous society.

Mr. Xi has of course reintroduced the study of Confucius along with Marx and Mao (who did all he could to eradicate Confucian thought and ways) and others.

As a student of Chinese history, though, Mr. Xi knows that self-cultivation can only take the process so far.

The new regs on video games, online tutoring, and celebrity culture may just be part of that larger project.

Xi Jinping wants to make the Chinese virtuous and, as I posit, be seen as China’s greatest leader ever.

We can’t get inside Mr. Xi’s head but understanding what he is thinking and why has real-world implications for CEOs and institutional investors.

‘President Xi Jinping has made plain for years that he intends to bring ever greater swathes of China’s private economy under the state’s control.

Turns out, as events have shown, he meant a lot more than getting control of the private sector.

Institutional investors got the message as one of my favorite headlines from Bloomberg shows:

But how they read the old speeches (and official proclamations) makes a difference.

No more. Now when I read Mr. Xi’s speeches, I use three new points of view:

First: Yes, he means it.

Second: Give Xi Jinping the benefit of the doubt until shown otherwise.

As I said, to accomplish either of these ambitions, he has to not only leave China stronger and more prosperous, he has to have both advanced the country farther down the road toward socialism and made the Chinese people more enduringly virtuous in the imperial manner.

So if the ‘shocked investors scouring Xi’s speeches’ and those of other government officials just look for the next economic target, they will miss the impact of the profound social engineering that seems to be underway.