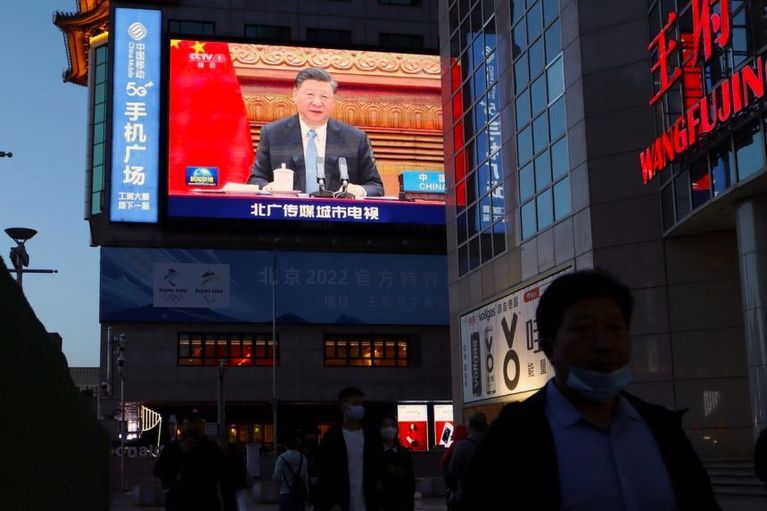 BIG IDEA | ‘We must not let the rules set by one or a few countries be imposed on others, or allow unilateralism pursued by certain countries [read America] to set the pace for the whole world.’

Mr. Xi’s speech was titled: ‘Pulling Together Through Adversity and Toward a Shared Future for All.’

In democracies, we take the post-World War II liberal world order for granted. As the cliché goes, it’s like the air we breathe.

The greatest challenge to the liberal order was the Soviet Union

The greatest challenge, that is, until today with Xi Jinping’s China.

Mr. Xi, in his speech, once again laid out China’s vision.

Replacing a system with a single hegemon [read America], Xi proposes a system administered in part by international organizations and underpinned by rule of law:

In this system, all countries have a say in the construction of the world order:

In this new world,

Toward these ends, Xi notes:

In addition to the reasons above about why China is a greater challenge to the liberal world than the USSR ever was is that Mr. Xi’s vision is attractive, especially to smaller countries.

The problem with China, as with the Soviet Union, is its actions belie its words.

In making the international order fit it, rather than the way around, China is also making the world safe for autocracies by pressing for recognition of an equivalence between democratic and autocratic forms of government.

In a world where the liberal order is being shredded already without any help, the last thing we need is China lending a hand.

For those who don’t think any of this makes any difference, ask yourselves: