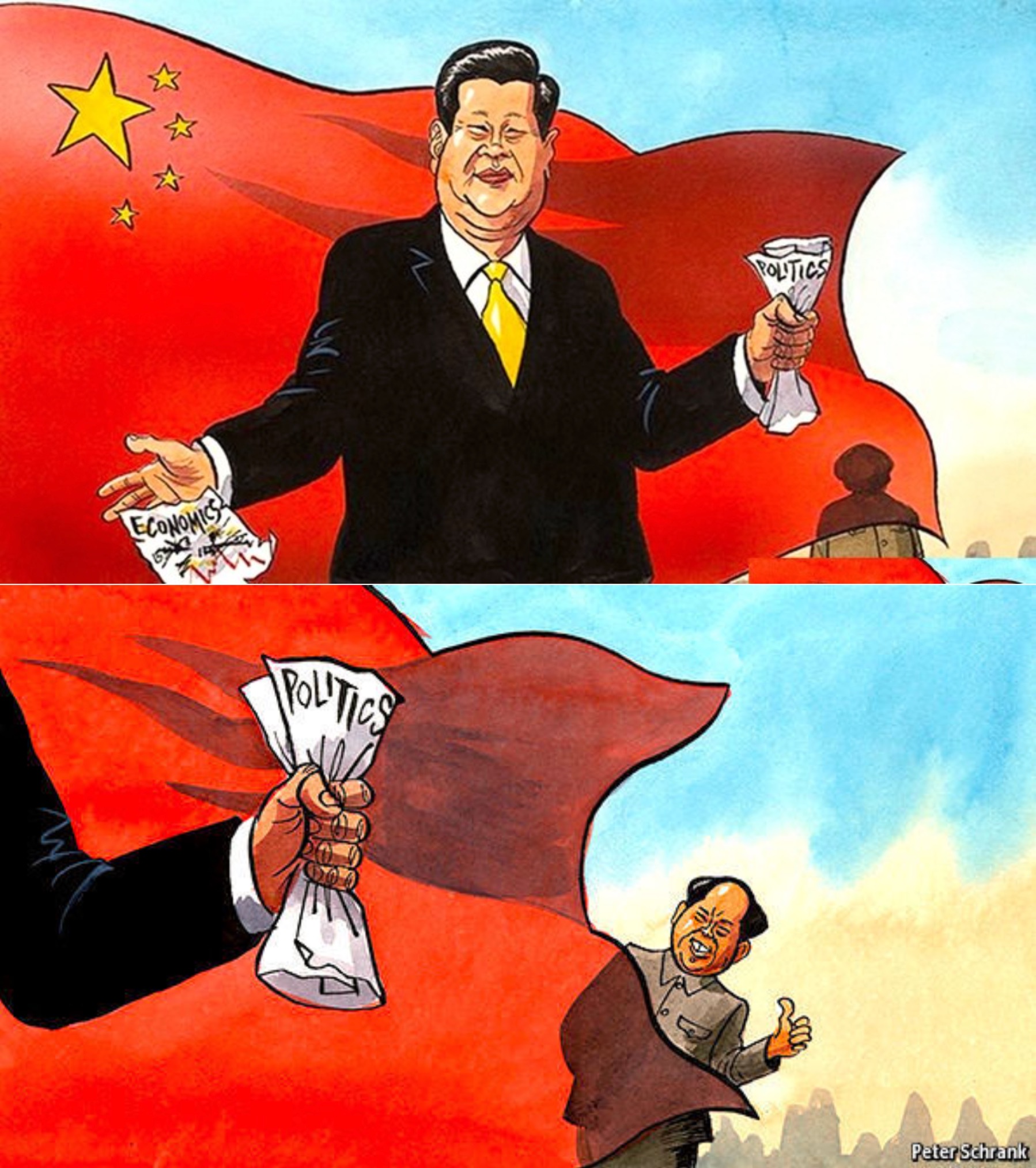 Couldn't agree less with the assertion that 'rectification' is driven by politics - but that doesn't mean it isn't a factor. Mao-like 'political struggle'? No way. No struggle needed.

BIG IDEA | ‘Why, you may ask, is China crushing some of its most innovative unicorns? We’re in a new era led by President Xi Jinping, and politics are in command.’

‘This week a regulatory crackdown that has all but wiped out China’s $100 billion-a-year private tutoring industry.’

‘Why, you may ask, is China crushing some of its most innovative unicorns?’

‘ “China’s leadership has embarked on a new and risky path in economic policy making,” writes Dexter Tiff Roberts, the author of “The Myth of Chinese Capitalism: The Worker, the Factory, and the Future of the World.” ’

‘Chinese entrepreneurs are expected to get with the program or get out of the way.

‘Nothing is safe anymore.’

‘Like Mao, Xi is appealing directly to the public.’

‘When politics are in command, the markets-based models Western financiers use to calculate China risk aren’t much use.’