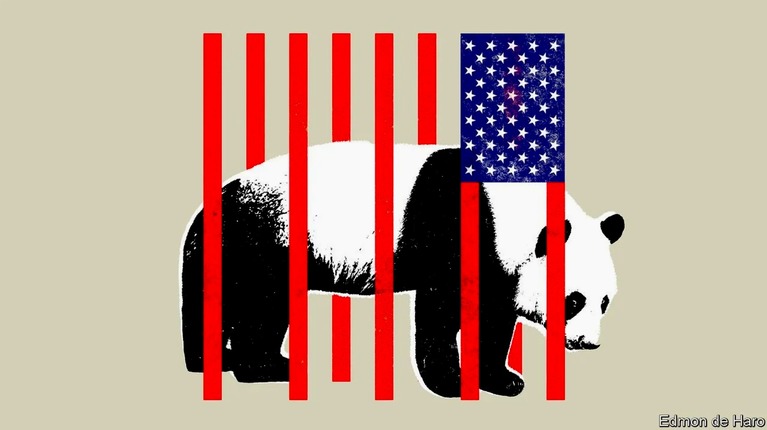 BIG IDEA | ‘The task of American policy is to blunt Chinese ambitions.’

‘But the details of the Biden doctrine contain much to worry about—not least that it is unlikely to work.’

‘Biden is converting Trumpian bombast into a doctrine that pits America against China, a struggle between rival political systems which, he says, can have only one winner.’

‘Mr Biden and his team base their doctrine on the belief that China is “less interested in coexistence and more interested in dominance”.’

‘The task of American policy is to blunt Chinese ambitions.’

‘But the details of the Biden doctrine contain much to worry about—not least that it is unlikely to work.’

‘One problem is how Mr Biden defines the threat.’

‘The more Mr Biden uses strident rhetoric to galvanise Americans, the harder he makes his task of galvanising allies and big emerging powers like India and Indonesia.’

‘Alas, in this he is overestimating America’s influence and underestimating how much potential allies have to lose by turning their back on China.’

‘Rather than imposing a decision on other countries today, Mr Biden needs to win them around.’

‘Here, too, the details of Mr Biden’s scheme are troubling.’

‘A more fundamental problem is the China doctrine’s soft protectionism.’

‘A third problem is that Mr Biden’s doctrine will make America’s allies even more wary.’

‘It should also put money and clout behind new ideas that reinforce the Western order, such as a vaccine programme for future pandemics, digital payment systems, cyber-security and an infrastructure scheme to compete with China’s Belt and Road Initiative.’