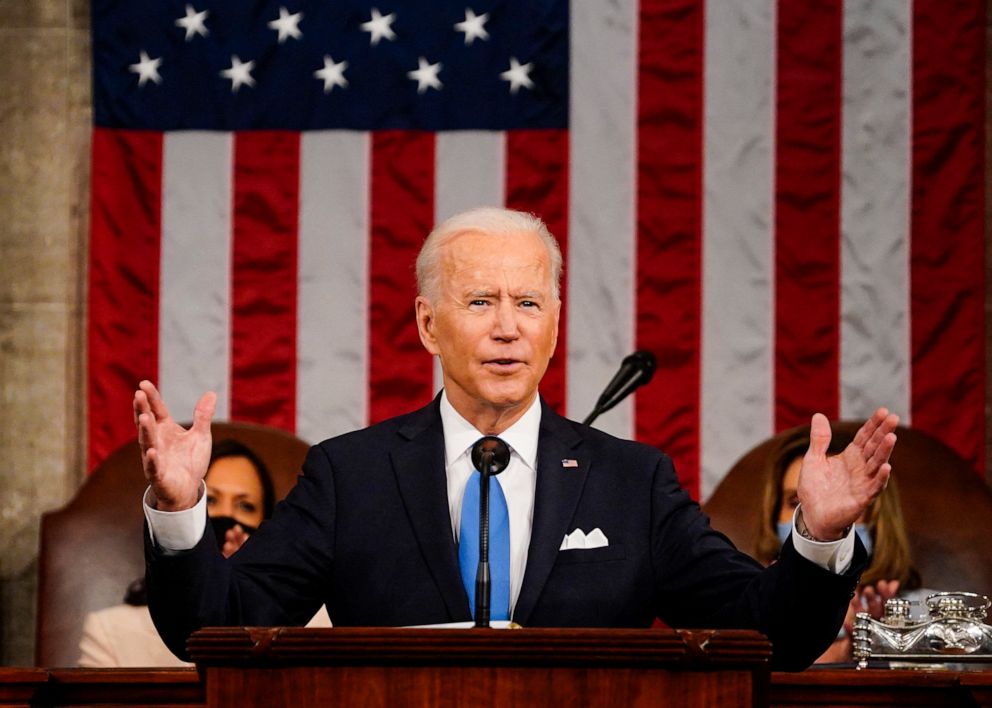 BIG IDEA | “We’re in competition with China and other countries to win the 21st Century.”

‘President Joe Biden spent most of his speech to Congress Wednesday focused on America’s domestic priorities, from taxes to health care.’

‘ “We’re in competition with China and other countries to win the 21st Century,” Biden said.’

‘Biden reiterated previous comments that he believes the U.S. and China can find areas of cooperation -- he cited countering climate change as an example -- and that conflict isn’t inevitable.’

‘But he vowed that the U.S. will stand its ground when it thinks U.S. or global interests are at stake.’

‘But the comments on China focused largely on economic competition.’

NYT. ‘When Mr. Biden said “there is simply no reason why the blades for wind turbines can’t be built in Pittsburgh instead of Beijing. No reason, none,” he sounded a lot like George W. Bush 20 years ago, with echoes of Donald J. Trump.’