'US to make it easier for diplomats to meet Taiwanese officials' 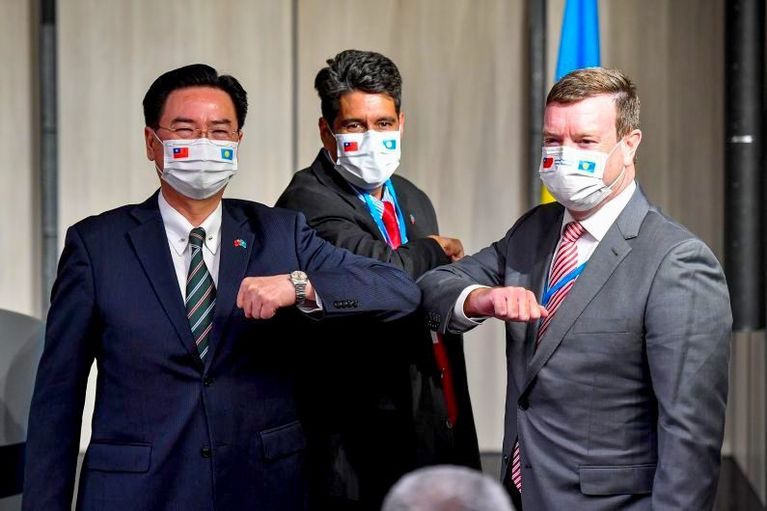 ‘On Monday, in a highly unusual move, John Hennessey-Niland, US envoy to Palau, visited Taiwan with the president of the western Pacific country — one of 15 nations that recognises Taipei instead of Beijing.’

‘The visit alongside the president of Palau was just one example of how Biden has moved to provide Taiwan with more public support than when he was vice-president in the Obama administration.’

‘The Biden administration is preparing to issue guidelines that would make it easier for US diplomats to meet Taiwanese officials by adopting some of the changes introduced by Donald Trump, in a move China is likely to see as a provocation.’

‘Secretary of State Blinken recently described Taiwan as a “country” in congressional testimony, even though the US has a “One-China policy” under which it recognises Beijing as the sole government of China.’

‘Asked if the Biden administration had decided to refer to Taiwan as a country, the state department said the US would continue to engage with Taiwan “consistent with our longstanding ‘One-China policy’”.’

‘Over the past two months, the US has also sailed warships through the Taiwan Strait. The Pentagon also conducted a rare dual aircraft carrier exercise in the South China Sea.’