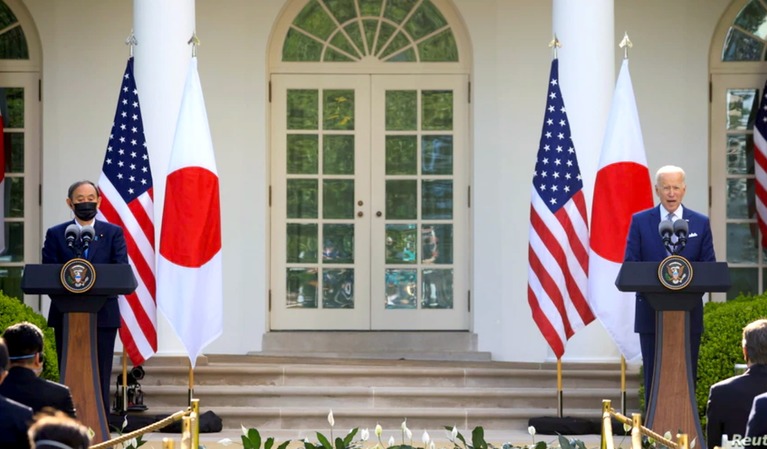 BIG IDEA | ‘President Biden and Prime Minister Suga exchanged views on the impact of China’s actions on peace and prosperity in the Indo-Pacific region and the world, and shared their concerns over Chinese activities that are inconsistent with the international rules-based order, including the use of economic and other forms of coercion.’

‘Together, we oppose any unilateral action that seeks to undermine Japan’s administration of the Senkaku Islands [in the East China Sea that are administered by Tokyo but claimed by China].'

‘We reiterated our objections to China’s unlawful maritime claims and activities in the South China Sea and reaffirmed our strong shared interest in a free and open South China Sea governed by international law.’

‘We underscore the importance of peace and stability across the Taiwan Strait and encourage the peaceful resolution of cross-Strait issues.’

‘We share serious concerns regarding the human rights situations in Hong Kong and the Xinjiang Uyghur Autonomous Region.’

‘The United States and Japan recognized the importance of candid conversations with China, reiterated their intention to share concerns directly, and acknowledged the need to work with China on areas of common interest.’