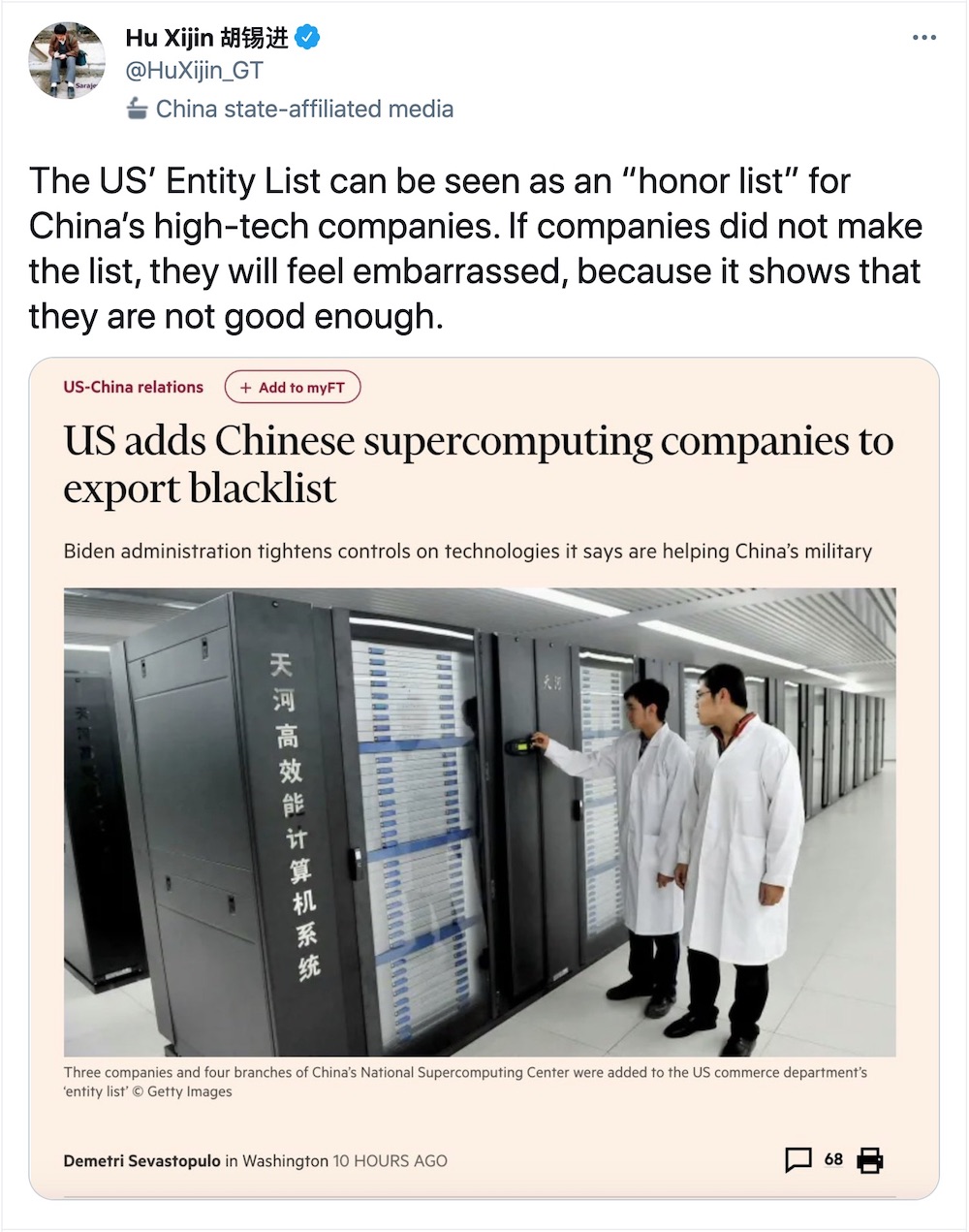 ‘The Biden administration took its first trade action against China on Thursday, adding seven Chinese supercomputing developers to an export blacklist for assisting Chinese military efforts in a move that will likely further escalate frosty tensions between the world's two largest economies.’

‘The sanctioned groups are also leading China's supercomputing development and a key players in Beijing's plan for chip self-sufficiency.’

‘ "Supercomputing capabilities are vital for the development of many -- perhaps almost all -- modern weapons and national security systems, such as nuclear weapons and hypersonic weapons," Commerce Secretary Gina Raimondo said in a statement.’

‘Unlike Huawei ban imposed under then-President Donald Trump, however, they would still be able to use Taiwan Semiconductor Manufacturing Co. and other international chip manufacturers to make supercomputer chips.’

‘The Trump administration used that rule to implement tough export controls related to Huawei in a move that closed previous loopholes.’