'Tim Cook and Apple Bet Everything on China.' 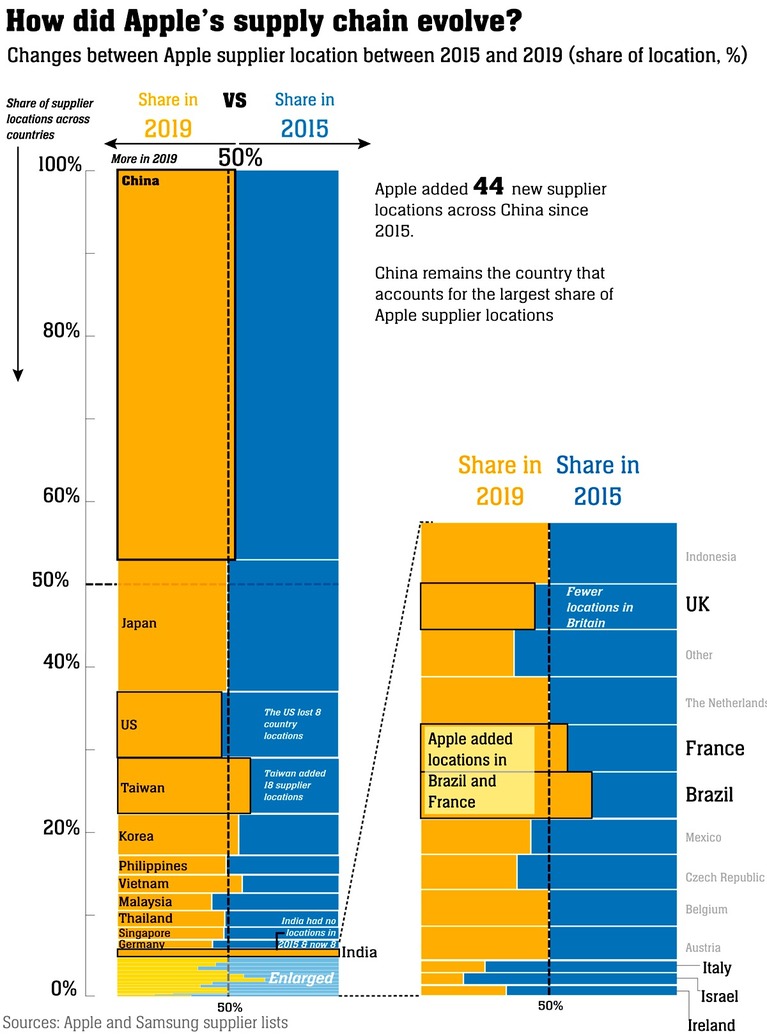 BIG IDEA | ‘For Apple, a clean break with China is impossible.’

‘For Apple, a clean break with China is impossible.’

‘ “You’re not going to be able to have mega-factories anywhere else,” Mr. Panzica said. “You’re going to have to break them up.” ’

‘Moving out could also jeopardize Apple sales in China, which counts for nearly a fifth of its total revenue.'