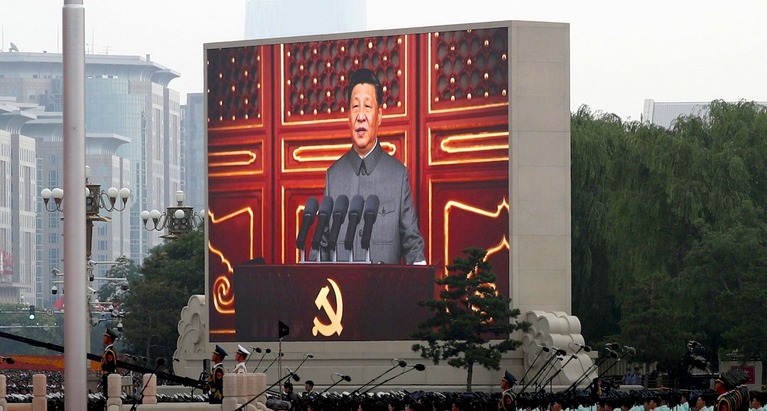 Just when we thought we were getting used to Xi Jinping’s tech reforms and social-engineering regulations, the Evergrande crisis heats up.

I had planned to go over some of the issues surrounding Evergrande (Is it China’s ‘Lehman Moment? No; does an Evergrande default signal a coming collapse of China? Again, no.)

So next issue: Evergrande.

‘NOBODY KNOWS ANYTHING,’ writes The Wall Street Journal’s Jason Zweig, ‘because Chinese corporations and their investors are hostage to the whims of Xi Jinping, who is effectively the country’s president for life.’

Mr. Xi clearly has a plan for remaking China in his vision, but he’s keeping that plan to himself.

And, as if all this wasn’t making analysis difficult enough, crises [for today read: Evergrande] are emerging beyond the rolling out of Mr. Xi’s master plan.

Finally and most disturbing is that Mr. Xi has suddenly begun taking China down a new and very different road.

In the meantime, governments have to make policies, CEOs have to plan strategies, and investors have to invest or not.

‘All eyes are fixed on the dark side of China [meaning the Evergrande crisis],’ writes Stephan Roach of Yale. ‘We have been here before.’

‘Yet time and again, the Chinese economy defied gloomy predictions with a resilience that took most observers by surprise.’

‘But count me in when it comes to sensing that this time feels different.’

‘The new dual thrust of Chinese policy – redistribution plus re-regulation – strikes at the heart of the market-based “reform and opening up” that have underpinned China’s growth miracle since the days of Deng Xiaoping in the 1980s.’

So why does ‘this time feel different’?

Another reason why ‘this time feels different’ is the impression that Mr. Xi is motivated more by Marxist ideology than Deng Xiaoping-style pragmatism.

‘Xi Jinping’s campaign against private enterprise, it is increasingly clear, is far more ambitious than meets the eye.’

‘ “China has entered a new stage of development,” Mr. Xi declared in a speech in January.’

Building China into a 'modern socialist power' has been the goal of every leader of the People’s Republic of China, from Mao to Deng to Jiang to Hu, and now to Xi.

But, as I have written before, when Deng Xiaoping introduced capitalist elements into China’s economic model, he was not abandoning the goal of China’s moving along the Marxist path to socialism. Instead he saw himself as using these tools to advance toward that goal.

Why Mr. Xi’s recent policies and actions seem to be driven by ideology rather than pragmatism may well be that he believes that China has achieved ‘an overwhelming abundance of material wealth,’ and it is now time to move on, as he said and Deng predicted, to a ‘new stage of development’ toward socialism.

‘A 2018 article in the party’s main theoretical journal, Qiushi, or Seeking Truth, laid bare his belief:

‘When the Chinese Communist party celebrated its centenary on July 1, Mr. Xi donned a Mao suit and stood behind a podium adorned with a hammer and sickle [right above the portrait of a similarly-attired Mao Zedong just in case anyone missed the reference], pledging to stand for the people.’

The big question of course is just how far and how fast Mr. Xi can go in this Mao-inflected ‘new stage of development’ before the system might begin to crack.

Picking up the pieces was Deng Xiaoping and his experimental ‘socialism with, um, Chinese characteristics.’

But if Deng failed - and it certainly was not a foregone conclusion he wouldn’t - and China then sank deeper into poverty, we would have shrugged.

If Mr. Xi fails in his radical reshaping of the Chinese economy and society – and his success is certainly not a foregone conclusion - we will not shrug.

We are at the very beginning of a brand new and very uncertain ‘socialism with Chinese characteristics: Xi Jinping-style.’

Because this time it really is different.