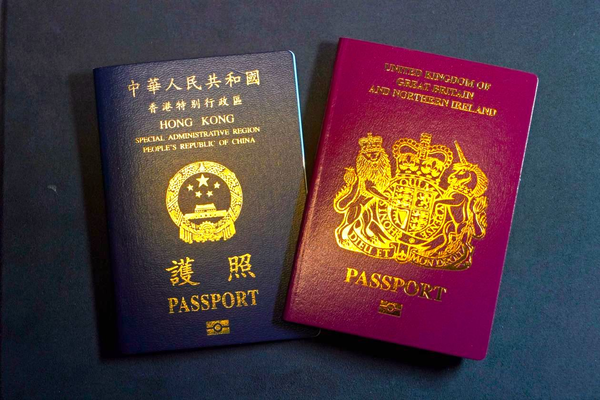 ‘To its eternal credit, the British government is honoring its promise to its former colonial subjects by offering a path to citizenship for Hong Kongers who hold British National (Overseas) passports and their family members.'

“We have honored our profound ties of history and friendship with the people of Hong Kong, and we have stood up for freedom and autonomy—values both the U.K. and Hong Kong hold dear.” British Prime Minister Boris Johnson

‘In an unusual move that is exacerbating tensions with Beijing, Britain has opened its doors to as many as five million residents of its former colony.’

‘The immigration overhaul is a response to China’s imposition of a new national security law on Hong Kong, which Britain says violates Hong Kong’s judicial independence from Beijing.’

‘Beijing has accused London of meddling in its affairs and expressed its anger toward the new immigration plan.’

‘The move is largely symbolic because people traveling through Hong Kong and mainland China border checkpoints typically use their Hong Kong identity card and a “return home card” issued by Chinese authorities.’

‘The visa offer is open to about 70% of Hong Kong’s population.’

‘That is a small chunk of those eligible.’

‘It is unclear how many Hong Kong residents will take up Britain’s offer given Covid-19 travel restrictions, Britain’s steep economic downturn amid the pandemic and pressure from the Chinese government.’

‘ “We have honored our profound ties of history and friendship with the people of Hong Kong, and we have stood up for freedom and autonomy—values both the U.K. and Hong Kong hold dear,” British Prime Minister Boris Johnson said on Friday.’