'The Threat the U.S. Isn't Answering' 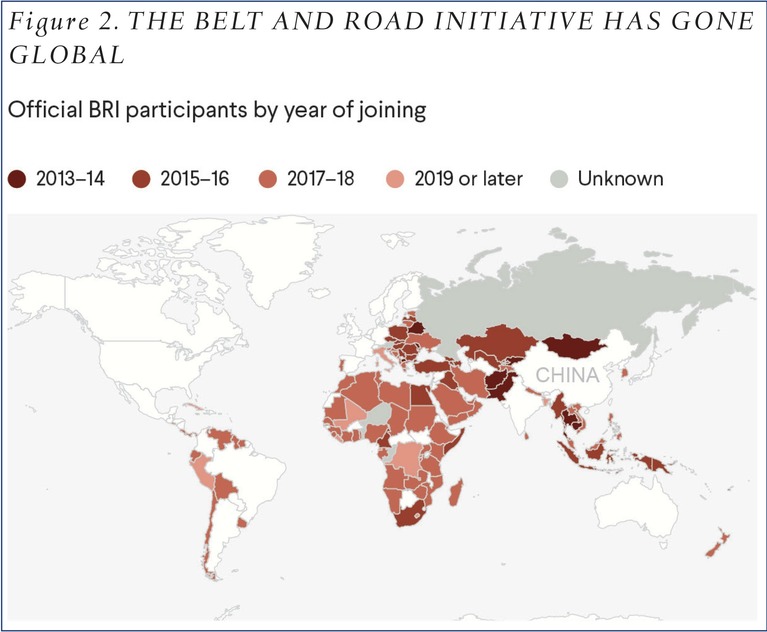 ‘Beijing’s ability to offer hard and digital infrastructure around the world at low prices is made possible by a combination of political backing from the Chinese Communist Party, the financial power of its state-owned banks, excess capacity in a number of important sectors, and its development of large, highly capable manufacturing and technology companies.’

‘The Task Force assesses that BRI poses a significant challenge to U.S. interests, as it has the potential to displace American companies from BRI countries, set technical standards that are incompatible with U.S. products, push countries to politically align with China, and pressure countries to withhold access to U.S. forces during a potential crisis.’

‘U.S. inaction as much as Chinese assertiveness is responsible for the economic and strategic predicament in which the United States finds itself. U.S. withdrawal helped create the vacuum that China filled with BRI.’

‘These collective shortcomings allowed China to tap into a legitimate need around the world for new infrastructure and to fill the gap in infrastructure financing and construction in a way that benefits it.’

‘The United States has a clear interest in adopting a strategy that both pressures China to alter its BRI practices and provides an effective alternative to BRI—one that promotes sustainable infrastructure, upholds high environmental and anticorruption standards, ensures U.S. companies can operate on a level playing field, and assists countries in preserving their political independence.’