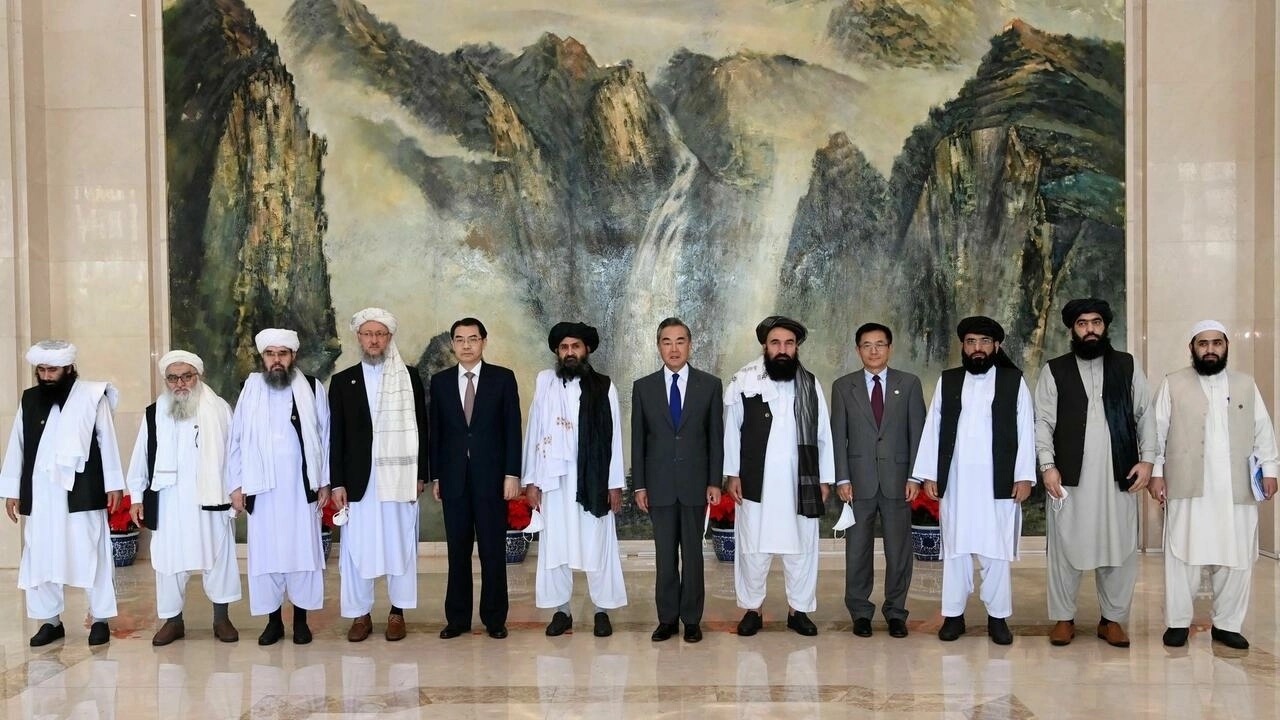 Breaking through the blow-by-blow reporting that started when the Taliban began its sweep to victory are the geopolitical analyses of who gains and who loses in Afghanistan.

Today we’ll look at just a few issues, such as:

There are of course many others to consider (including my favorite: Will the U.S. withdrawal encourage China to invade Taiwan? Short answer: No.)

You can find the links to the essays quoted here and more at #9, below.

‘The hurried withdrawal of the U.S. from Afghanistan — the 1975 fall of Saigon déjà vu — has been heralded as a win for China and an opportunity for Beijing to extend its influence across the region,’ writes Bloomberg’s Shuli Ren.

‘But in reality, Afghanistan is now a big headache for Beijing, which fears chaos there will spill over not just to its restive region of Xinjiang but to Pakistan.’

‘In Afghanistan, China is ready to step into the void left by the hasty U.S. retreat to seize a golden opportunity,’ says Zhou Bo, a retired PLA senior colonel.

‘Beijing can offer what Kabul needs most:’

‘Afghanistan in turn has what China most prizes:’

‘The U.S.’s hurried exit from Afghanistan was certainly bad publicity, but America’s debacle is not a win for China.’

Ian Johnson at the Council on Foreign Relations contends:

‘What kind of relationship will Beijing have with the Taliban?’

‘First, it will be mercantilistic.’

‘Second, the relationship will depend on each side not interfering in the other’s internal affairs.’

‘Of course, for China, recognizing the Taliban makes for strange optics: fighting Islamists at home but embracing them abroad.’

‘It wants to see a government emerge in Afghanistan that can consolidate its position, domestically and internationally.’

‘The window between the Taliban’s victory and diplomatic recognition is also one where China can lean hard on its most important demand: that the Taliban abjure ties with transnational terror groups.’

‘The People’s Republic has invested huge infrastructure projects in Pakistan as well as extended huge loans to Islamabad as part of the Belt and Road Initiative.’

‘One more failed bet on a failed state will cut to the heart of Xi’s BRI dreams.’

‘China wants to consolidate a dominant position in regard to the $1-2 trillion worth of rare earths -- most notably lithium.’

‘For Pakistan, this is a moment of triumph.’

6 | What the Taliban Wants from China

‘The Taliban know they will not receive real economic backing from the West—at least not without conditions they will find unacceptable—China is one of the few places they can turn,’ says Andrew Small.

‘Beijing will almost certainly be willing to swing in with some immediate economic support.'

‘Beijing will want to convey the sense that far larger investments are possible, though, if certain conditions are met.’

‘The Taliban only need to look at the diplomatic protection China affords to Pakistan and the economic commitments Beijing has made in the neighborhood to see what might be on offer.’

‘China can dangle these inducements to a government that is likely to be in a difficult spot, economically and diplomatically.’

‘Afghanistan until now has been an attractive but a missing piece of the enormous Belt and Road Initiative puzzle,’ writes Zhou Bo.

David Sacks of the Council on Foreign Relations sees a different story:

‘So it would not be surprising if China announced billions of dollars in new infrastructure commitments in Afghanistan in the coming months.’

‘In the end, however, one should not expect that significant new Chinese investment will materialize.’

‘As China looks for smaller and safer bets in BRI countries, Afghanistan does not come to mind as an appealing destination.’

‘China is likely to be deterred from investing significant money in Afghanistan given the country’s deteriorating security and Beijing’s concerns with their ability to protect Chinese investments in Afghanistan.’

8 | A Few Thoughts on America’s Withdrawal

As disheartening as the policy failures in Afghanistan are, they have to be distinguished from the superb conduct of the U.S. military.

As we in America mourn the 13 dead Marines, soldiers, & sailor and (as I am writing) 169 Afghan citizens, and remain watchful for news of those wounded, there was today a story that I found so moving I wanted to share it.

This comes on top of stories that CIA and U.S. military operators are flying Blackhawk helicopters into the heart of Taliban-controlled Kabul to rescue those unable to reach the airport.

There is something wonderful in the hearts of all these heroes that our policymakers would do well to understand and to take as a guide.

Here are a few the essays I’ve drawn on here. Have a look: