The Pandemic's Impact on Trade 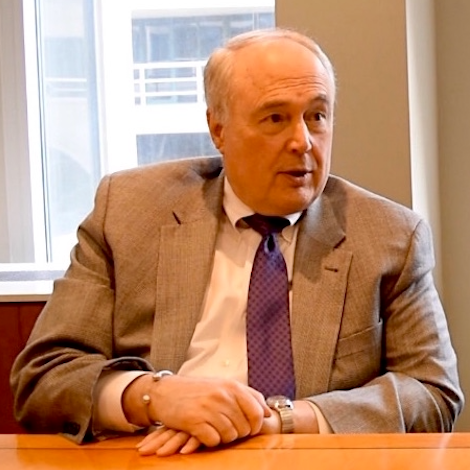 The Pandemic's Impact on Trade

1. The Pandemic's Impact on Trade

2. The Slowing of Globalization

4. The Pandemic's Impact on Supply Chains

1. The Pandemic's Impact on Trade

‘Demand has collapsed, supply chains have collapsed, the transportation system is crippled. Everything is down.’

On Tuesday, I had a great interview with Bill Reinsch, a top expert on trade and trade policy.

Bill holds the Scholl Chair in International Business at the Center for Strategic and International Studies (CSIS) and is a senior adviser at Kelley, Drye & Warren LLP.

Read more of our interview on the nitty-gritty of supply chains, inventory management, and more in the next issue.

Malcolm Riddell: ‘Bill, what is the impact of the pandemic on the trading system?’

Bill Reinsch: ‘Well, in the short run, it's turned everything upside down.’

‘Unlike an earthquake, or an event that's over right away and you can immediately go to cleanup, this one's going to be uneven.’

‘The Chinese may all be going back to work this week, but if there's nobody available to buy their products and a transportation system that can't get them here, it doesn't matter.’

2. The Slowing of Globalization

‘The tools of globalization - enormous reductions in the cost of transportation and communication - remain. But the marginal utility actually of further advances is declining.

Globalization is Retreating, But the Tools are Still There

Malcolm Riddell: 'How do you think the trading system is going to look broadly after the pandemic?’

Bill Reinsch: ‘There are some people who would say that there was already a retreat from globalization underway.’

‘The tools of globalization - enormous reductions in the cost of transportation and communication - remain.’

‘What's going on in China has made it more difficult - and not just because of COVID-19.’

‘The Chinese government has been pursuing policies that are less comfortable for Western companies.’

‘But they're also pursuing non-economic policies.’

‘So all of this is contributing, I think, to a slowdown in global economic integration, and the virus contributes to that.’

‘One way to address the issue is for the countries that do believe in an open, rules-based system to get together and pursue that system.’

Malcolm Riddell: ‘There's also been talk of the world breaking up into regional trading blocks. Do you see any indication that that's really going to happen?’

Bill Reinsch: ‘There has been a continuation of efforts to develop regional agreements.'

‘The missing piece in all of these is the United States.’

‘So the biggest danger of regional breakdown is that we end up in kind of an East-West thing, based on a fundamentally different approach to the rules.’

‘The Trump administration argues that the WTO is not really equipped to deal with a problem that is as big and as complicated as China.’

‘But one way to address the issue is for the countries that do believe in an open, rules-based system to get together and pursue that system.’

‘We may be moving in that direction.’

4. The Pandemic's Impact on Supply Chains

‘You’re going to see a decline in “just-in-time” manufacturing and a return to some level of inventory buildup.’

Malcolm Riddell: ‘What is the pandemic’s impact on supply chains?’

‘But I'm more concerned about the longterm - longterm, you're going to find people restructuring their supply chains.’

‘So efficiency and cost savings, which is what you get with just-in-time and no inventory, create a vulnerability.’

From 'Just-in-Time' to Inventories

Malcolm Riddell: ‘You mentioned keeping increased inventories. How is this going to change the overall way manufacturing looks today?’

Bill Reinsch: ‘Well, as I said, I think it's going to roll out over a period of time. It's not something that's going to be immediate.’

‘From an inventory perspective, it's actually kind of a retreat.’

‘Now it's all just-in-time, and stuff goes back and forth across the border, from Windsor, Ontario in particular, daily.’

‘We saw the dangers of this in 9/11 when the, then custom service closed the border.

So efficiency and cost savings, which is what you get with just-in-time and no inventory, create a vulnerability.’

‘What is going to happen is the supply chain managers will get new priorities.’

Malcolm Riddell: ‘When you say that we're going to see a more redundancy and resilience built-in, how does that actually work?’

‘What is going to happen is the supply chain managers will get new priorities. And they're going to be:’

Malcolm Riddell: 'Okay, I'm a manufacturer, and I have built-in redundancy. How does that work?’

Bill Reinsch: ‘What companies do now is have existing multiple sources for the same part.’

‘The theory is that if even if one factory blows up, you can go to the others and they can ramp up production.’