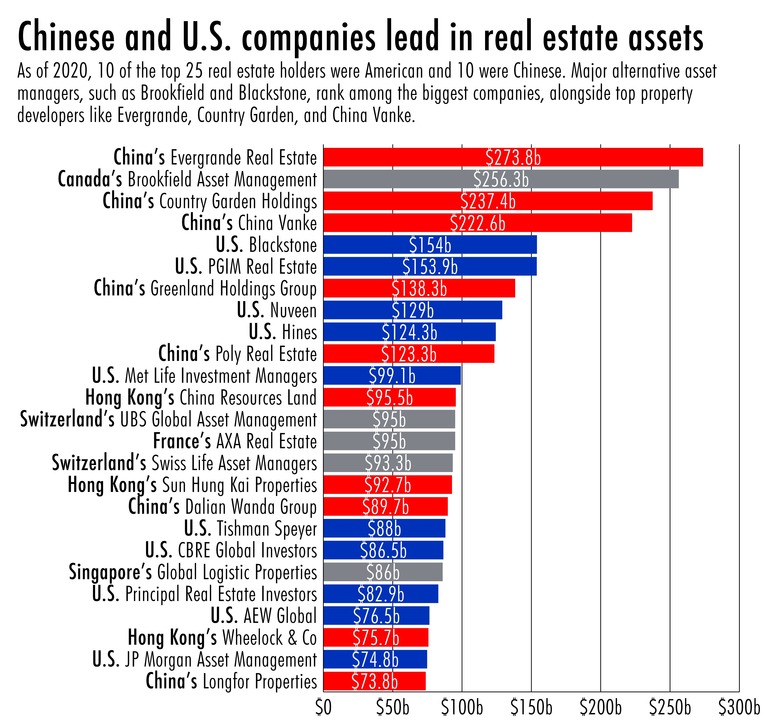 BIG IDEA | ‘China’s cities are plagued by a diverging trend: high demand and exorbitant prices for residential properties in tier 1 cities and yet an oversupply in smaller, lower-tiered cities.’

‘People in mainland China weren’t allowed to own property until 1998.’

‘China’s massive property sector sops up steel and cement for major projects each year, creating a symbiotic relationship with the country’s construction firms.’

‘The industry is also important for Chinese consumers as a mechanism for investment.’

‘China’s cities are plagued by a diverging trend: high demand and exorbitant prices for residential properties in tier 1 cities and yet an oversupply in smaller, lower-tiered cities.’

‘Although China had no property market at all in the 1980s (everything was state-owned), it is now home to the world’s biggest and most powerful property developers.’

‘The Chinese government started to rein in property developers over debt concerns in 2018.

‘Some worry that China is careening towards a housing crisis much like the United States in the late 2000s.’

‘As bad debt emerged as a narrative in China’s economy, major players such as Evergrande, the world’s largest real estate company, were swept up in liquidity concerns.’

‘Regulators set three debt-oriented criteria and accordingly limit how much more debt companies are allowed to take on annually with a graduated system.’