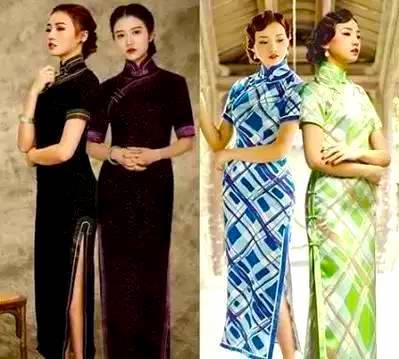 No items found.
Test question: Which qipaos reflect haipai culture, and which jingpai? For extra credit, explain your choices.

BIG IDEA | ‘Just as New York and Washington are profoundly different from each other, the same can be said about Shanghai and Beijing.’

Malcolm Riddell: ‘In your book, you distinguish between Shanghai as haipai culture and Beijing as jingpai culture. Could you explain that and how is it important in our understanding of China's middle-class overall?’

Cheng Li: ‘You earlier made a comparison between Shanghai and New York.’

‘The Chinese have illuminated the differences between jingpai and haipai for over a century, ever since the 1919 May 4th movement, if not earlier.’

‘Chinese scholar, Yang Dongping, has described politics as the salt in Beijing, without which life has no taste, no flavor.’

‘These developments have contributed to the birth and growth of a new socioeconomic stratum, the members of which enjoy a middle-class lifestyle with private property, cars, accumulated financial assets, and the financial freedom to travel overseas and educate their children abroad.’