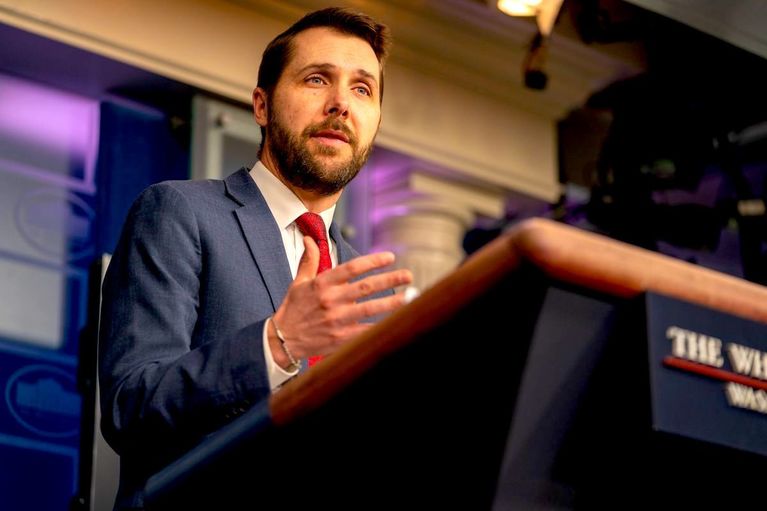 BIG IDEA | ‘When President Biden’s thinking about the infrastructure investments necessary, a lot of it is in contraposition to what he is seeing China doing in terms of strategic investments.’

Here are the comments by Brian Deese about China from a very long podcast interview. As with the Blinken interview, above, it lays out in some detail the principles underlying Biden economic policy. Unlike Mr. Ignatius piece, here we have the full transcript. The China portion is below, but the whole interview is well worth reading.

‘Brian Deese is the director of the National Economic Council, the nerve center that coordinates economic policy across the executive branch.

Ezra Klein: ‘How about economically? What have you changed your mind on economically since 2009?

Brian Deese: A couple of things.

No. 3: ‘And the last piece is, the global economic situation has changed.’

‘And my openness to more targeted efforts to try to build domestic industrial strength — the things that people in prior eras would demean or mock as industrial policy — has increased, because I think we are not operating on a level playing field.’

‘There’s not a market-based solution to try to address some of the big weaknesses that we’re seeing open up in our economy when we’re dealing with competitors like China that are not operating on market-based terms.’

Ezra Klein: ‘I expected the focus on climate in this plan. I did not expect the focus on China in the framing and even policy design of this plan. So tell me more about why your thinking, the administration’s thinking, has changed on this since ’09.’

Brian Deese: ‘A lot of this comes directly from how the president is thinking about the current moment and the direction that he’s providing to us.’

'When he’s thinking about the infrastructure investments necessary, a lot of it is in contraposition to what he is seeing China doing in terms of strategic investments.’

‘But I think the second element of it is that in the wake of the last four years among our allies and among our global counterparts, there is a big question about, can the United States deliver for its own citizens? Can the United States competently govern and invest in things that are obviously beneficial to its own welfare, its economic strength, its economic resilience?’

‘Because the world has watched now for a couple of years where the United States operated in a way that was very difficult for our international counterparts to fathom.’

‘I think now more than any time in modern history, the world is watching U.S. domestic policy.’

Ezra Klein: ‘We don’t think too much about how much the U.K. or Germany or Malaysia or Brazil are spending on R. and D. We don’t think that much about the strategic investments they’re making. Why frame things in the context of China?’

Brian Deese: ‘They are the ascendant economic and military power in the world.’

‘No. 2 is, because of the investments that they have made, they’ve positioned themselves in a number of critical areas to our global economy and to supply chains as a critical actor.’

‘But it’s not just China. This isn’t just a great power dynamic between the U.S. and China.’

‘The semiconductor shortage we have in the United States today is a complicated story that involves lots of countries and lots of elements of the supply chain and where your second-tier supplier sites are in Europe, even if the ultimate place where the wafer is being manufactured is in Asia.’