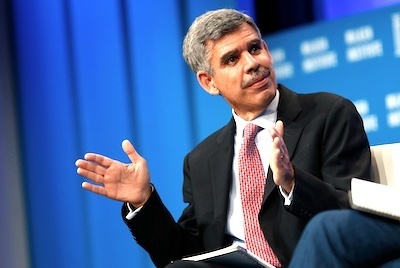 Telling someone to align him or herself with Beijing's priorities still is generally good advice.

Therein lies the problem when the priorities aren't so clear:

This conundrum is well-laid-out by Mohamed El-Erian, president of Queens’ College, Cambridge & former CEO of the  PIMCO investment firm, in his Financial Times essay, 'Are investors facing a Yukos moment in China?'

Dr. El-Erian notes: ‘The headaches for foreign investors in China have mounted.’

‘For emerging market investors in particular, is this the equivalent of a “Yukos moment” of almost 20 years ago which saw the Russian market reel in shock from the government seizure of the oil company before a rebound?’

He pegs correctly that 'the main driver of the underperformance of Chinese assets has been government intervention to upend the operational and financial conditions for several sectors.’

'Dip-buyers believe that Beijing has gotten its point across and that the situation is reverting — maybe not as far as the prior paradigm in which the government was viewed as a reliable financial backstop but at least one in which its role is neutral.’

‘But there is another interpretation with opposing investment implications — that government intervention will restart and roll into other sectors.’

He says, ‘I, for one, am unable to opt with confidence for one of these two competing views even though global relative valuations clearly favour Chinese assets.’

For my part, I am in the 'government intervention will restart and roll into other sectors' camp.

In these cases of extreme uncertainty, add a little humility and you will know when you are rolling the dice and when you're not.

Confucius (of course) said it best: