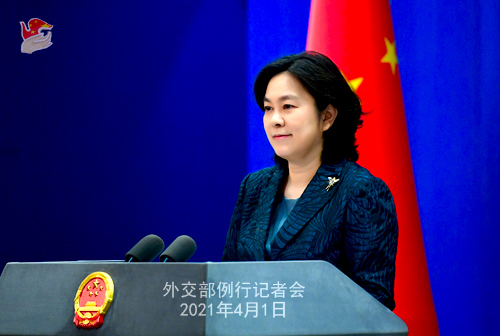 BIG IDEA | ‘The accusations and slanders made by the US against China's industrial policies are groundless.’

Bloomberg: ‘The Biden administration raised concerns about some of the policy tools that China is using to spur its economy, saying that they crowd out international companies and skew markets. I'd like to ask about the foreign ministry's view on the comments from the Biden administration.’

Hua Chunying: ‘Your first question was about what the Office of the U.S. Trade Representative said about China in its National Trade Estimate Report, right?’

‘The accusations and slanders made by the US against China's industrial policies are groundless.’

‘Our goals and measures are open and transparent.’

‘It is the Buy American Act adopted by the US that reeks of protectionism.’