What the West Gets Wrong About China
—
2 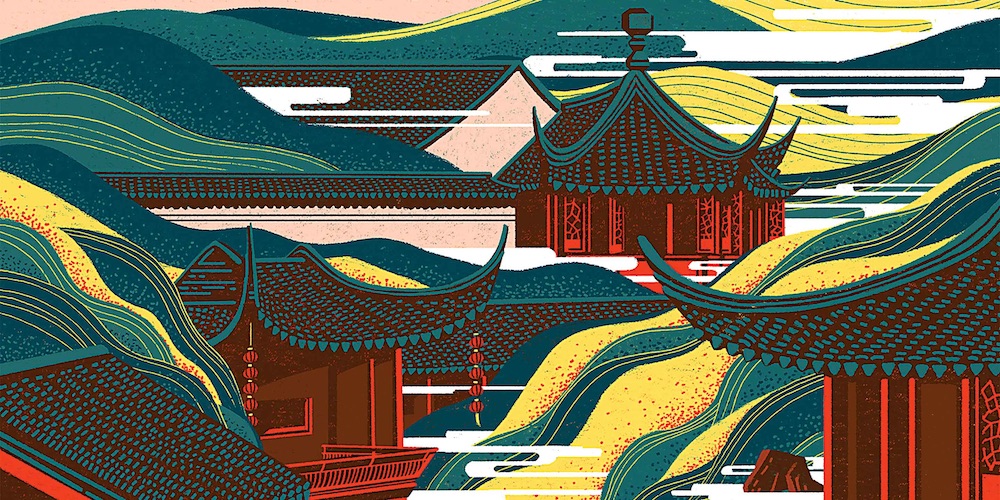 What the West Gets Wrong About China

‘Many Westerners assume that China is on the same development trajectory that Japan, Britain, Germany, and France embarked on in the immediate aftermath of World War II—the only difference being that the Chinese started much later than other Asian economies, such as South Korea and Malaysia, after a 40-year Maoist detour.’

‘But this argument overlooks some fundamental differences between China and the United States, Japan, Britain, Germany, and France.’

‘In China, growth has come in the context of stable communist rule, suggesting that democracy and growth are not inevitably mutually dependent.’

‘China has also defied predictions that its authoritarianism would inhibit its capacity to innovate.’

‘Some of its technological successes have been driven by market forces: People wanted to buy goods or communicate more easily, and the likes of Alibaba and Tencent have helped them do just that.’

‘This, of course, mirrors the role of U.S. defense and intelligence spending in the development of Silicon Valley.’

‘That’s why ordinary Chinese people see Chinese companies such as Alibaba, Huawei, and TikTok as sources of national pride—international vanguards of Chinese success—rather than simply sources of jobs or GDP, as they might be viewed in the West.’

‘Thus July 2020 polling data from the Ash Center at Harvard’s Kennedy School of Government revealed 95% satisfaction with the Beijing government among Chinese citizens.’

‘The past decade has, if anything, strengthened Chinese leaders’ view that economic reform is possible without liberalizing politics.’

‘In much Western analysis the verb most commonly attached to China’s reforms is “stalled.” ’

‘One reason that many people misread China’s trajectory may be that—particularly in the English-language promotional materials the Chinese use overseas—the country tends to portray itself as a variation on a liberal state, and therefore more trustworthy.’

Which brings us to the next myth.’

‍In case you passed over the news of AUKUS, the new strategic alliance among the U.S, the U.K., and Australia, here a few headlines to encourage a deeper look.
—

Today's issue is a heads up on what may be Xi Jinping's efforts to reshape Chinese society.
—

Breaking through the blow-by-blow reporting that started when the Taliban began its sweep to victory are the geopolitical analyses of who gains and who loses in Afghanistan.
—
0

‘Why, you may ask, is China crushing some of its most innovative unicorns? We’re in a new era led by President Xi Jinping, and politics are in command.’
—
4

‘Does Beijing not care how much money foreign investors have lost? Does the government really want to close China Inc.’s access to the deep pool of global capital? The short answer is, no, the government doesn’t care.
—
1

‘Carnage in China's financial markets signals the beginning of a new era as the government puts socialism before shareholders and regulatory changes rip apart the old playbook. According to some analysts, it is the most significant philosophical shift since former leader Deng Xiaoping set development as the ultimate priority 40 years ago.’
—

Beijing shocked the financial world when it pulled the rug out from under Didi days after its IPO on the New York Stock Exchange and also announced new regulations reigning in overseas IPOs and Chinese companies already listed.
—
0

BookInterview
|
&
|
What the West Gets Wrong About China
—
0

‘Why do business and political leaders in the West persist in getting China so wrong?’

From that I suggested that to invest successfully in China, you have to understand – and be aware of - what those differences are.
—
1

Part 1 | ‘Why do business and political leaders in the West persist in getting China so wrong?’

‘Why do business and political leaders in the West persist in getting China so wrong?’
—
2

‘A Marxist-Leninist system is concerned not only with economic outcomes but also with gaining and maintaining control over the system itself.’ ‘That has huge implications for people seeking to do business in China.’
—
4

Part 4 | ‘Myth 3: The Chinese Live, Work, and Invest Like Westerners’

‘For much of its turbulent modern history, China has been under threat from foreign powers, both within Asia (notably Japan) and outside it (the UK and France in the mid 19th century).’ ‘China’s rulers, therefore, see foreign engagement as a source less of opportunity than of threat, uncertainty, and even humiliation.’
—
1

‘Censorship, Surveillance and Profits: A Hard Bargain for Apple in China’

‘Apple built the world’s most valuable business on top of China. Now it has to answer to the Chinese government.’
—
5

'Tim Cook and Apple Bet Everything on China.'

‘For Apple, a clean break with China is impossible.’
—
2

'Apple in China: No Plan B'

“This business model only really fits and works in China. But then you’re married to China.” ‘The Chinese government was starting to pass laws that gave the country greater leverage over Apple, and Mr. Xi would soon start seeking concessions. Apple had no Plan B.’
—
3

“This business model only really fits and works in China. But then you’re married to China.” ‘The Chinese government was starting to pass laws that gave the country greater leverage over Apple, and Mr. Xi would soon start seeking concessions. Apple had no Plan B.’
1 / 3
Next
TOP