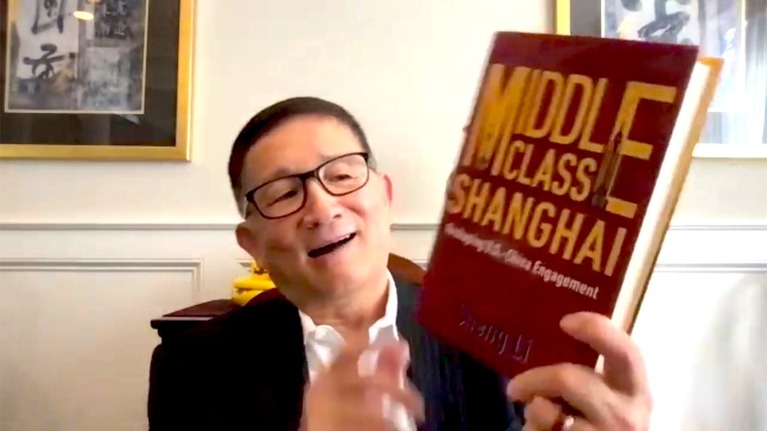 No items found.
From my interview with Cheng Li. We'll publish the video soon.

BIG IDEA | ‘My book, Middle Class Shanghai, is a humble effort to provide a different angle, based the cultural and the educational fronts, from the perspective of shared middle-class lifestyles, aspirations, concerns, and values.’

Malcolm Riddell: ‘Would please tell us your overriding reason for your book, Middle-Class Shanghai.’

Cheng Li: ‘I have message to share by emphasizing Shanghai.’

‘My fear is that Washington and Beijing are heading toward a dangerous pass, increasingly shaped by a zero-sum game mindset on both sides.’

‘My book, Middle Class Shanghai, is a humble effort to provide a different angle, based the cultural and the educational fronts, from the perspective of shared middle-class lifestyles, aspirations, concerns, and values.’

‘Middle-class exposure to foreign influences and the cosmopolitan culture could provide a force for new mechanism for reshaping U.S.-China engagement.’

‘Neither country should be driven by ultra-nationalistic sentiments to demonize each other.’

‘We should also remember that Beijing is not China.’