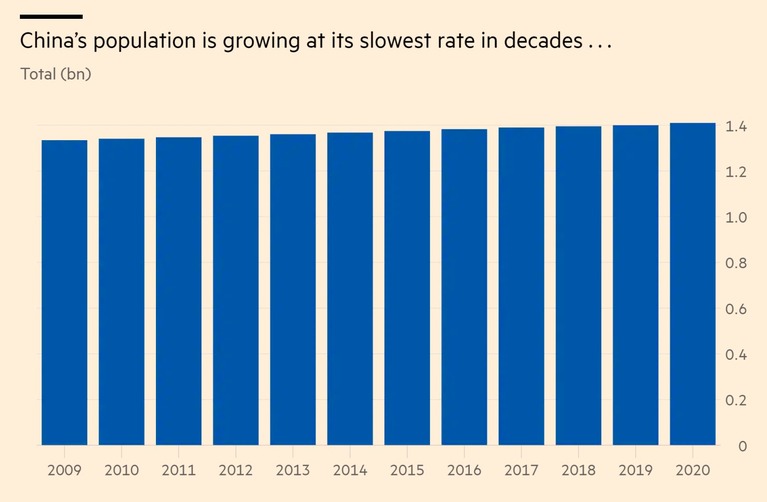 BIG IDEA | ‘The old maxim ‘demography is destiny’ no longer holds in the same way that it used to.’

‘A shrinking and ageing population may not have the same gloomy implications in the 21st century.’

‘ “China will grow old, before it grows rich” is one of those things people like to say at conferences — usually followed by a dramatic pause.’

‘The old maxim ‘demography is destiny’ no longer holds in the same way that it used to.’

‘But a shrinking and ageing population may not have the same gloomy implications in the 21st century.’

‘If technological prowess, rather than hordes of young men, is the key to future power then China is well placed.’

‘With a population of 1.4bn people — which is likely only to decline gently until mid-century — China will not be short of manpower either.’

‘It is the structure rather than the size of China’s population that will be the real challenge.’

‘China’s low fertility rate means that its population will shrink and age over the coming decades.’

‘China, which has a very ethnically-based view of citizenship and is less open to immigration than the west.’

‘But they could also lose political stability — since the backlash against immigration has helped to drive the rise of politicians such as Donald Trump.’