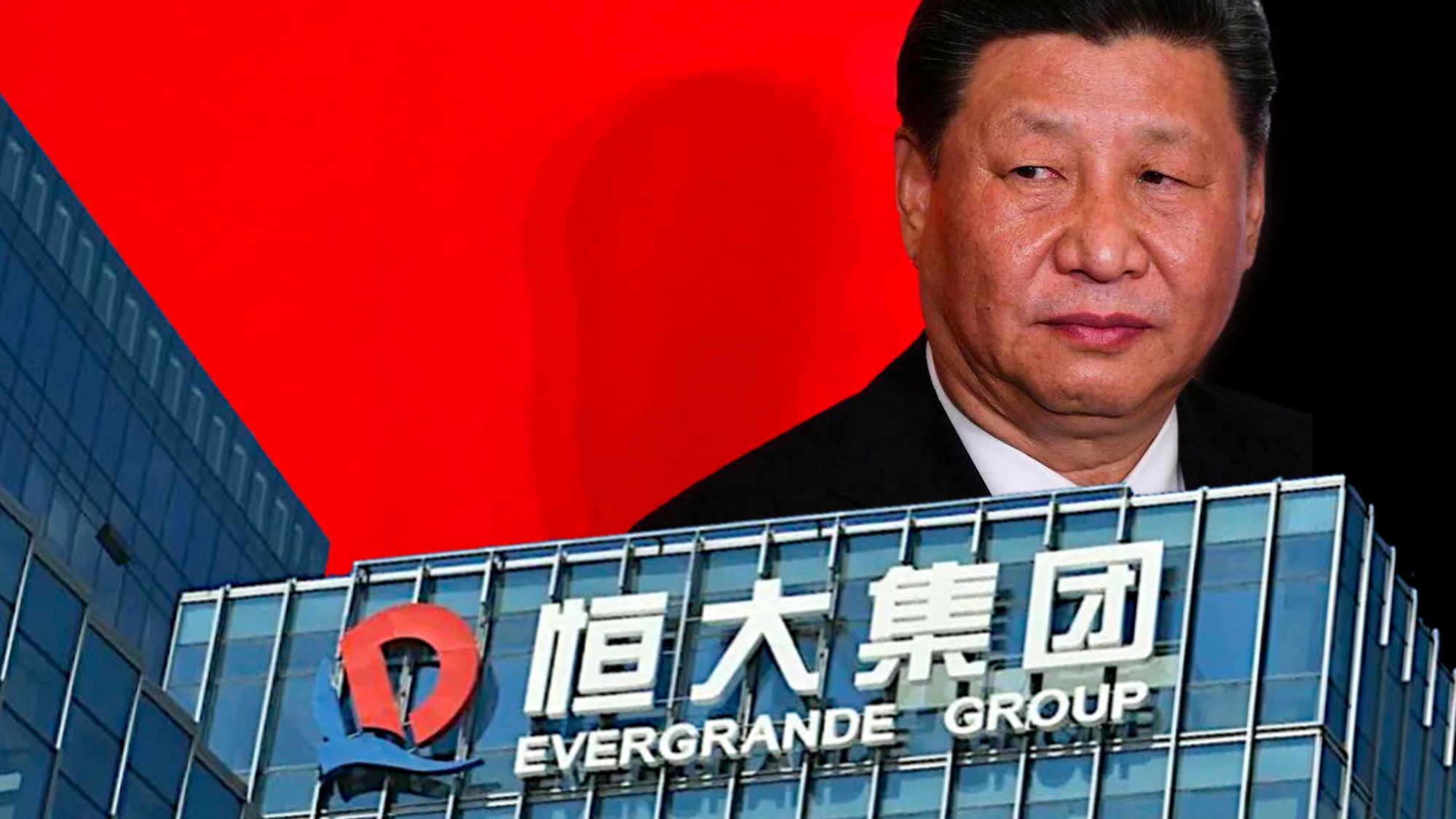 Just as a personal crisis can lead you to dig deeper into yourself, so the rapid-fire events in China - with trillions of dollars of business and investment on the line - have led us to (finally) go deeper into how China works – and to come to grips with uncertainties caused by Xi Jinping’s recent moves to reshape the Chinese economy and the Party’s social contract with the Chinese people.

There are more these than I could cover in ten issues.

I am in the camp that Evergrande will not be China’s ‘Lehman Moment’ – more like a ‘Bear Stearns Moment,’ a signal that a crisis may be brewing.

‘Although its debt of $300 billion is high, the problem has not arisen suddenly like Lehman Brothers.’

Also overlooked in the handwringing among institutional investors is that:

So what is Evergrande’s fate? Dr. Ren says: ‘Evergrande as a company likely will go bust, depending on how you define “bust.” ’

And, my favorite line:

Chinese capitalism at its best, in a nutshell.

2 | The Impact of Chinese Homebuyers' Psychology

In ‘Evergrande on the Brink’, MacroPolo’s Dinny McMahon in a Trivium China ‘Flash Talk,’ moderated by Andrew Polk, gives one of the best analyses of Evergrande’s and the property sector’s threats to the Chinese economy.

‘There is real potential for things to go seriously wrong and for there to be real contagion emerging from an Evergrande default.’

‘Evergrande has something like 800 projects spread around the country.’

‘Pre-payment has become an incredibly important source of funding for most major developers in China.’

‘The risk is that Chinese households will look at what's happening at Evergrande. And we’re seeing it with how they treat Evergrande.’

‘So the real risk of an Evergrande default is that there is a shift in the psychology of Chinese consumers – that is they start looking around for who could potentially be the next Evergrande.’

‘And it's there that you get the potential for contagion because the effect would, in some ways, be akin to a run on a bank.’

‘What starts off as a problem exclusively with Evergrande today can start to snowball to take in other, relatively weak, developers tomorrow.’

3 | Magnifying the Impact of an Evergrande Default

‘Three sources of uncertainty could greatly magnify the negative impact of an Evergrande default on the rest of the Chinese economy,’ writes Shang Jin-Wei, professor at Columbia Business School and former Chief Economist at the Asia Development Bank in 'Preventing an Evergrande Confidence Crisis in China.'

‘First, there would be a psychological spillover to many other property developers that, like Evergrande, use debt to finance their operations.’

‘If potential lenders to these companies are worried about the property sector’s demise, many firms may find that their funding dries up.’

‘Then there is the spillover from Evergrande to China’s financial system.’

‘Separately, Evergrande has also aggressively tapped into China’s shadow banking sector to finance its operations, and some of this borrowing is managed by non-listed parts of the group that do not disclose their balance sheets fully.’

‘The third and perhaps most important source of uncertainty is whether the Chinese authorities can prevent a full-blown financial meltdown if the Evergrande problem develops into a systemic crisis.’

‘What is less certain is whether the authorities have the will to take such steps.’

‘The Chinese authorities can take two steps to prevent a bank run and calm capital markets.

For years, I have said that if I could only track one thing in the Chinese economy it would be property.

Why I chose property is its outsized role in the Chinese economy.

And that role is outsized in comparison to most other economies. As Kenneth S. Rogoff of Harvard and Yuanchen Yang of Tsinghua found in their 2020 analysis, ‘Peak China Housing’ (you will see this study referred in just about every article on the issue) real estate and related industries, as this chart shows, accounted for almost 30% of China’s GDP in 2016.

The Rogoff report concludes that ‘a 20% fall in real estate activity could lead to a 5-10% fall in GDP, even without amplification from a banking crisis, or accounting for the importance of real estate as collateral.

As James Kygne and Sun Yu of the Financial Times in ‘Evergrande and the end of China’s ‘build, build, build” ’ model, point out:

‘China’s vast real estate sector is so overbuilt that it threatens to relinquish its longstanding role as a prime driver of Chinese economic growth and, instead, become a drag on it.’

From this, Martin Sandbu of the Financial Times in ‘The real meaning of China’s Evergrande problem’ makes an interesting argument:

‘On Rogoff and Yang’s numbers [in ‘Peak Housing,’ discussed above], real estate’s share of GDP increased by almost 10 percentage points (or about half the starting share) in the five years following the global financial crisis, and then stayed flat near 30.’

‘Did all this activity really add value — something that constitutes Chinese prosperity? Or was some of it more what we may call “pseudo-income”, which shows up in the numbers but does not reflect anything that is actually valuable so to speak on the ground?’

‘For much of this year commentators have been warning that falling yields suggest the bond market is increasingly irrational, out of touch with a rapid global recovery and misled by heavy central bank buying or the ebbs and flows of the pandemic,’ writes Morgan Stanley’s Ruchir Sharma.

‘The world’s most indebted real estate developer, Evergrande, is on the verge of default.’

‘We are caught in a debt trap.’

'Since the global financial crisis of 2008, China has led the debt binge:’

That's a bet I'm not sure I would take.

‘Over the next five years, China slowed much less rapidly than one would expect given the debt levels, thanks to the meteoric rise of its tech sector.’

‘In the background, however, the debt bomb was still ticking.’

‘Much of it went to further inflating the property bubble.’

‘In many ways, China follows the same deformed model of capitalism as most western countries, only more so, taking on ever increasing levels of debt to generate less and less growth.’

‘Like its more advanced rivals from the US to Japan, China has created a financial system that is in constant need of government support and stimulus.’

‘That’s especially true in China, where in recent years default rates have run far below the very low global averages.’

‘What we are likely to witness over the coming months is an epic clash between a leader with supreme powers determined to change the course of his nation, and the economic constraints imposed by gargantuan debts.’

That's a bet I'm not sure I would take.