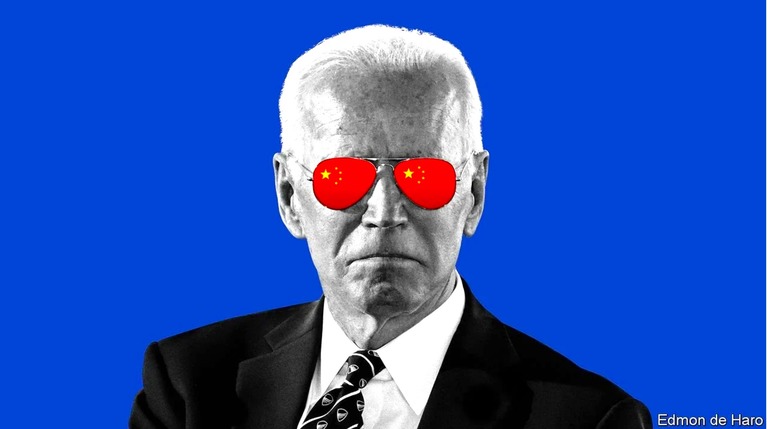 BIG IDEA | ‘Mr Biden’s aides invariably start any discussion of China strategy with the need to restore American greatness after decades of decline.’

‘An antagonistic policy requires what Mr Doshi calls “asymmetric blunting”: ways of undermining China’s attempts to rebuild the world order that do not cost too much.’

‘America must recover from all that, and invest in itself, Mr Biden’s aides say, so that it can deal with China from a position of strength.’

‘And the U.S. numbers are shrinking.’

‘Even if America were united in its efforts, though, building back at a rate that would seriously diminish China’s current prospects is not possible.’

‘That is why an antagonistic policy requires what Mr Doshi calls “asymmetric blunting”: ways of undermining China’s attempts to rebuild the world order that do not cost too much.’

‘Because such strategies require partners, their cultivation is a core tenet of Mr Biden’s strategy.’

‘When Mr Biden presents the China challenge as a dichotomy of democracies versus autocracies, European officials wince.’