'Jimmy Lai & the Death of Free Speech in Hong Kong' 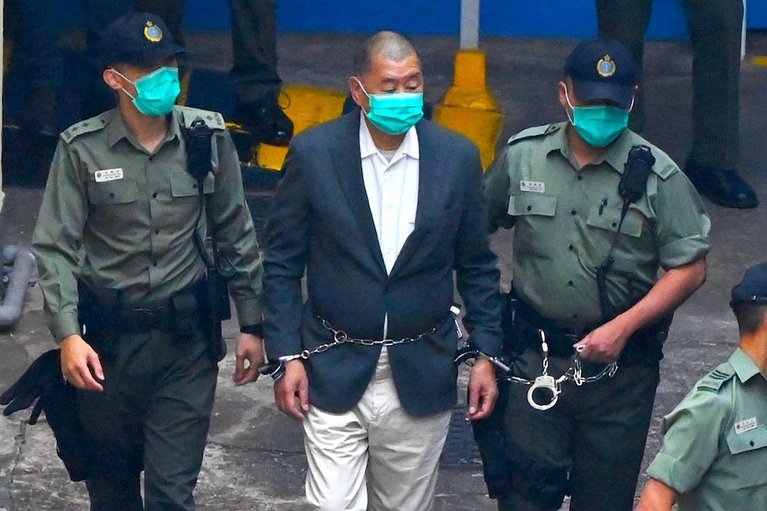 ‘Now that voice has been silenced, and Lai is in prison with others who tried to protect the right of Hong Kong’s citizens to speak and write freely, to be ruled by law, and to vote for their own autonomous government.’

‘Their politics are diverse Yet they stand together.’

‘When freedom is under siege, people cannot afford the narcissism of small differences that is tearing apart liberal politics in countries where people think democracy can be taken for granted.’

‘The Hong Kong newspaper Apple Daily has been forced to close.’

‘The paper was doomed since last year, when China’s Communist government imposed a harsh National Security Law on Hong Kong.’

‘The paper’s alleged crime was “collusion with foreign powers,” or as the former Chief Executive of Hong Kong, C.Y. Leung, crassly put it, “collusion with scum from foreign countries.” ’

‘Lai himself has already been in prison for almost a year, charged with fraud, collusion with foreign countries, and taking part in unlawful demonstrations.

‘Lai is a fascinating and complicated figure.’

‘Lai is what might be described as a rough diamond.’

‘Everything changed radically for Lai after the savage crackdown on the pro-democracy demonstrations in China in 1989.’

‘When the Chinese authorities sent in troops to crush the protests, killing thousands, Lai became a vocal opponent of the Communist regime.’

‘Lai wrote articles calling Li Peng, who carried out the savage crackdown in 1989, an “idiot” and “the son of a turtle egg” (a particularly nasty insult among mainland Chinese).’

‘It was in fact unusual for a Hong Kong tycoon to defy the Communist government and promote democracy.’

‘Now that voice has been silenced, and Lai is in prison with others who tried to protect the right of Hong Kong’s citizens to speak and write freely, to be ruled by law, and to vote for their own autonomous government.’

‘Yet they stand together.’