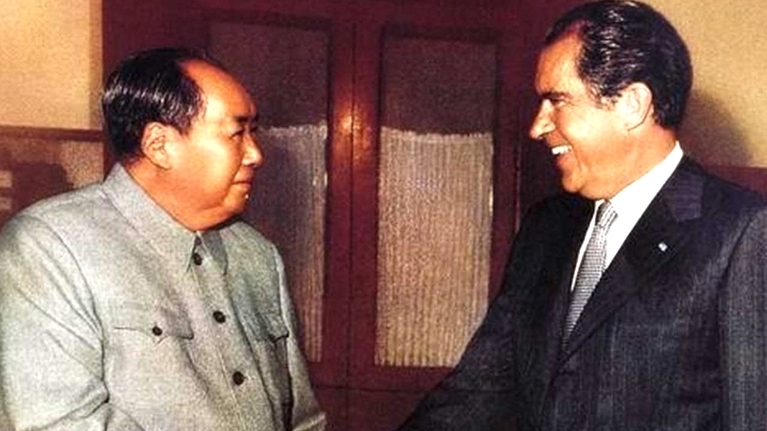 BIG IDEA | ‘It is premature to conclude that the U.S. engagement policy with China under the eight presidents prior to the Trump administration has failed.’

Malcolm Riddell: 'One of your most interesting and important points is your contention that it is premature to say the engagement policy toward has failed. Would you please explain?

‘First, the premise that global integration would lead China to a sort of free-market capitalism.'

‘I contend, as you say, that it is premature to conclude that the U.S. engagement policy with China under the eight presidents prior to the Trump administration has failed.’

‘First is the so-called “whole of society threat” championed by some U.S. policy makers.

‘True, China’s nascent middle class tends to emphasize the status quo and is risk-averse in political views and behavior.'

‘We saw, for example, the nationwide criticism of the government response to the tragic death of Dr. Li Wenliang, a whistle-blower who exposed the coronavirus at the outset of the outbreak, displayed in part the middle class’ intriguing political role.’

'So, the relationship between the middle-class and the Chinese communist government is, in fact, not stagnant but ever-changing.'

‘Second is the belief that the Chinese middle-class is the political ally of the party state.'

‘’As for nationalism: Yes, a high degree of nationalistic sentiment certainly exists among members of the Chinese middle-class, including foreign-educated returnees who studied in the U.S. or west.'

'As for anti-American sentiment: This is largely a reaction, as I said, to the U.S.'

‘Third is the belief that paints the large number of PRC students and scholars in the U.S. as spies, who are being weaponized by Beijing, and therefore, assuming bilateral educational exchanges benefit only China and may even undermine American supremacy and American security.’

‘In sum, unlike the view of foreign business that China's middle-class presents an opportunity, the pervasive view in Washington about middle-class development in China is no longer one of hope for positive change but rather one of fear that this development may undermine American supremacy and security.’

'Then perhaps they will come to agree that it is premature to conclude that the U.S. engagement policy with China has failed.’‍