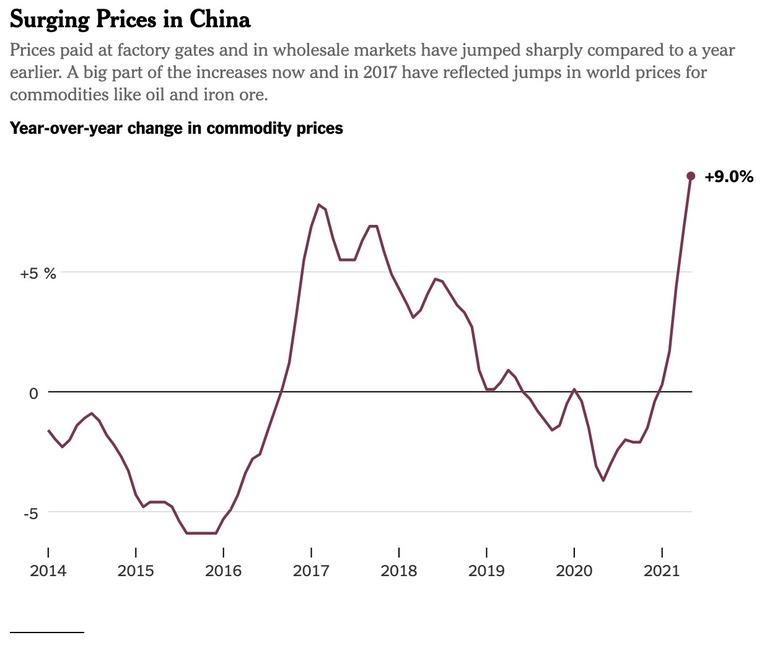 BIG IDEA | ‘Beijing is moving swiftly to protect its factories and workplaces from rising costs.’

‘Still, rising prices in China, by far the world’s biggest manufacturer and exporter, could be felt around the world.’

‘Prices are jumping in the United States and around the world, prompting growing warnings that a wave of inflation could threaten the global economy if it persists.’

‘Beijing is moving swiftly to protect its factories and workplaces from rising costs.’

‘But for now, Chinese manufacturers, rather than consumers, are feeling the price increases.’

‘So far, price increases don’t appear to be trickling down to China’s consumers.’

‘One reason is that the Chinese domestic economy has not yet fully recovered from the pandemic.’

‘China’s consumers are also protected by the country’s surplus of factories that make essentials like clothing and household appliances.’