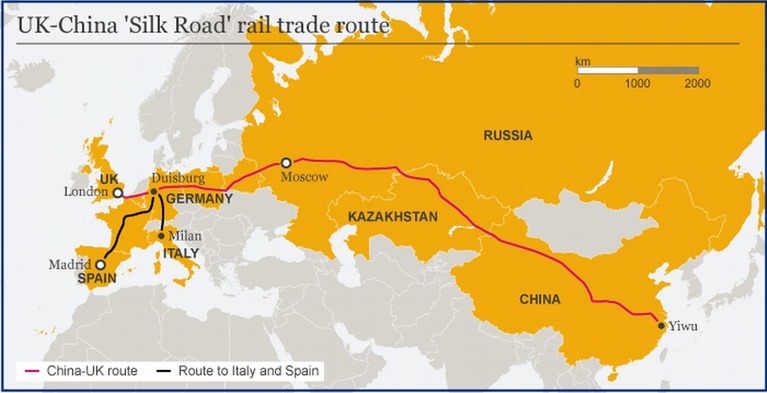 BIG IDEA | ‘The number of freight trains running between China and Europe topped 12,400 last year, 50% higher than in 2019 and seven times that of 2016, according to Chinese authorities.’

‘Demand for trains has been so high that freight companies have introduced a lottery system to allocate space, according to Chinese state media.’

‘Increasingly, Chinese goods are arriving in Europe through a new trade corridor consisting of railroads, airport hubs and ports built with Chinese support, often as part of China’s Belt and Road Initiative, the giant global infrastructure effort aimed at binding China more closely to the rest of the world.’

‘The number of freight trains running between China and Europe topped 12,400 last year, 50% higher than in 2019 and seven times that of 2016, according to Chinese authorities.’

‘ “We are currently transporting as much as possible—as much as our tracks allow,” said a spokesman for German rail company Deutsche Bahn AG, which operates trains between 17 European countries and China via Poland, Belarus and Kazakhstan.’

‘Chinese shipping groups own terminals or share ownership in around a dozen European ports including Antwerp, Rotterdam, Valencia and Marseille.’

‘Cosco, which controls the port, has proposed building a fourth container terminal that could allow trade volumes to double again, potentially putting Piraeus on a par with giant European ports such as Hamburg.’