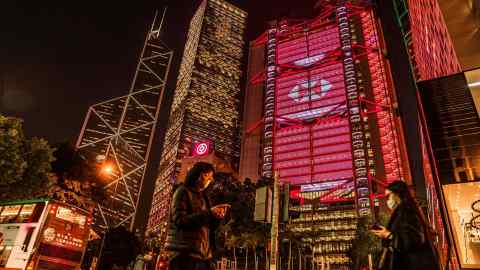 HSBC: A Lesson in Corporate Realpolitik

BIG IDEA | ‘HSBC’s Asia pivot is a lesson in corporate realpolitik. It is just as much a recognition of the new political reality facing every western company that is dependent on doing business with China. Businesses will have to choose between western markets and access to China, and between liberal and authoritarian value systems.’

'The new cold war between the west and China is here to stay and other western companies, as well as their investors — in particular those that have espoused a commitment to environmental, social and governance credentials — will themselves increasingly face a very similar choice.’

As are many companies, HSBC has been between a rock and a hard ever since Beijing began to assert direct control over Hong Kong. HSBC’s top executive in Asia was among the first to sign a petition backing China’s imposition of the National Security Law on Hong Kong. This broke years of political neutrality for the UK-based, Asia-focused lender. And since then the bank has been caught between China and the UK, and investors and employees. Now the direction is clear.