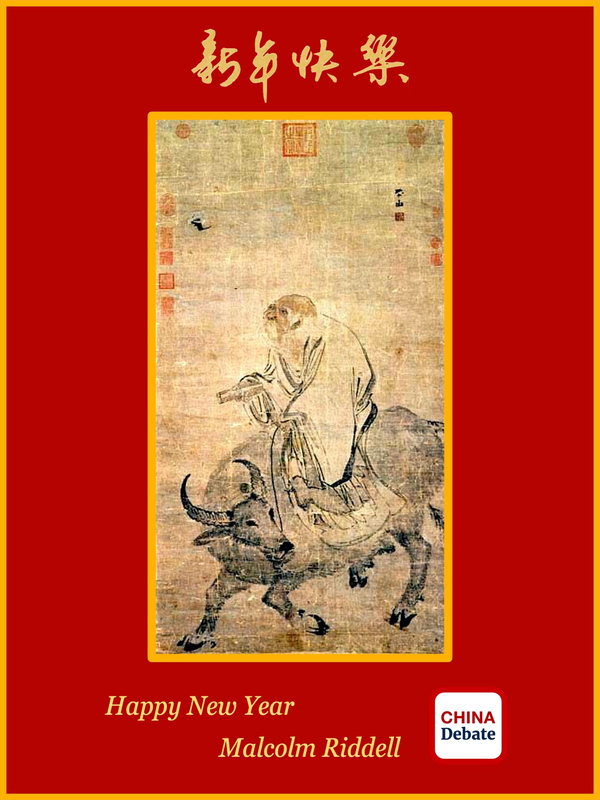 According to legend, Laozi rode up to the pass on a blue ox, wrote The Way and Its Power [Daodejing/道德经] and then rode through the Pass on the ox and away from civilization forever.

In this painting you can see Laozi holding a scroll, presumably the Daodejing.

And, if you look closely, you'll see that Laozi is looking up at a bat.

So all in all,‘Laozi Riding an Ox’ conveys my wishes to you and your family during the Year of the Ox. May this year bring:

With my very best wishes,

View PDF in a new tab
No items found.
Go to