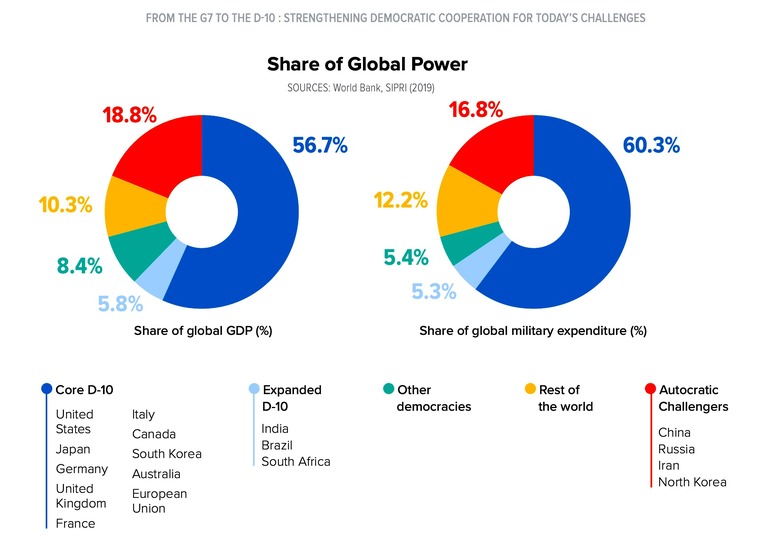 BIG IDEA | ‘A “Democratic-10” or “D-10” is aimed at rallying the world’s most powerful democracies around a common cause— advancing a rules-based democratic order based on shared values and common interests.’

‘The United Kingdom signaled its support for the D-10 construct in May 2020, as a club of democracies initially focused on fifth-generation (5G) technology coordination.’

‘To succeed in this new era of strategic competition, leading democracies need to leverage their collective capabilities and influence to defend against autocratic challengers.’

‘The D-10 would provide a standing framework for consultation at the strategic level, facilitating collaboration on the most important challenges facing the global order.’

‘More broadly, the D-10 could focus on facilitating a consensus on strategic priorities and longer-term objectives, and better ways to align resources, allocate responsibilities, and address gaps in collective capabilities among D-10 states.’

‘The D-10 is not intended as a security alliance or an alternative to the United Nations (UN) Security Council, nor is it directed at confronting or containing China or any other nation.’