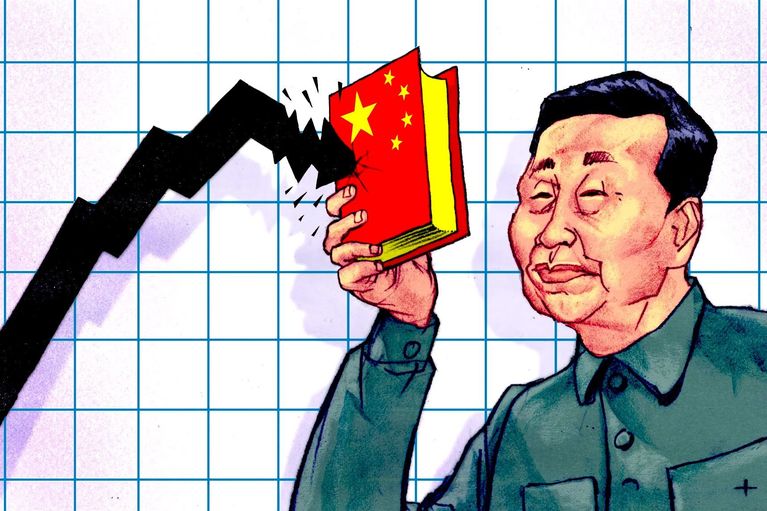 Even before Ms. Wei’s essay, I had heard the issue of Mr. Xi’s dominance raised at our last CHINARoundtable by a prominent China expert who suggested that:

Remember: The CECW is chaired by Mr. Xi with all the members of the Politburo Standing Committee in attendance – and it’s where Beijing plans how to manage the economy in the coming year.

This may sound like the sort of thing of interest only to Pekingologists.

Then there is Mr. Xi’s support of Russia. He’s hanging tough.

For my part, I'm still betting that Mr. Xi is still very much in charge.

For some time now we’ve taken it for granted that Xi Jinping has so consolidated his power that his will is China policy.

The themes come together in an intriguing essay by The Wall Street Journal’s Lingling Wei in ‘Rollback of Xi Jinping’s Economic Campaign Exposes Cracks in His Power.’

‘Chinese policymakers became alarmed at the end of last year by how sharply growth had slowed after Mr. Xi tightened controls on private businesses, from tech giants to property developers.’

‘Officials are now speaking of a “course correction” to mitigate some of the effects of Mr. Xi’s policies.’

Ms. Wei’s reporting and analysis are, as always, excellent. And we can trust that her sources are, as usual, knowledgeable insiders.

There is of course the alternative explanation:

That said, the changes are significant enough - and sufficiently contrary to his prior policies - to raise a reasonable inference of ‘faint cracks’ in Mr. Xi’s authority

All this may sound like the sort of thing of interest only to Pekingologists.

Last week, following a major selloff of Chinese stocks listed in Hong Kong and New York, Beijing did an about-face on many of Mr. Xi’s initiatives, and the stocks rallied.

Then Wednesday those Chinese stocks rallied. Why?

‘A sweeping set of promises this week from Xi’s government to make regulation more transparent and predictable -- as well as a commitment to overseas markets including Hong Kong -- suggests authorities are appealing to investors abroad.’

With that inference of ‘faint cracks’ in mind, we now ask a new and heretofore unthinkable question: Did Mr. Xi just start to care if foreign investors lost money and then consent to the about-face, or was he forced (okay, strongly persuaded) to do it?

We will no doubt never know the answers to these questions.

But in the absence of evidence of weakness, the smart money is on Mr. Xi’s continuing to have control over policy.

While, as many have noted he is walking a tightrope, Mr. Xi still supports Russia. He’s hanging tough.

A ‘faint crack’? Maybe not. But as the WSJ’s Lingling Wei notes:

The best known and most commented on is a ‘Possible Outcomes of the Russo-Ukrainian War and China’s Choice,’ [English title] by Dr. Hu Wei.

Government adviser says Beijing needs to be on the right side of history,’

Although Dr. Hu’s essay has been read by hundreds of thousands of Chinese, it’s his initial target audience that is especially interesting:

‘The article was taken down from China's internet only after it had been read internally for as long as a week.’

‘It is safe to say Hu and the publishers were confident they would not be punished for releasing the frank analysis.’

It would take someone expert on China’s elite politics to say whether or not this is a big deal.

And that we should be on the lookout for any more ‘faint cracks.’