'European Companies in China: Between Decoupling and Onshoring'

Jörg Wuttke | President of the EU Chamber of Commerce in China 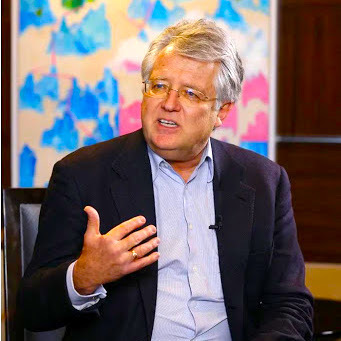 BIG IDEA | ‘Instead of leaving the market, European companies are exploring ways to separate their China operations from their global ones.’

‘Just a year later, decoupling is still being considered, though not in the way most expected.’

‘By onshoring and localising, European companies are severing the cross-border links that expose them to geopolitical tensions and putting themselves on more favourable ground to survive China’s reinvigorated self-reliance campaign.’

‘Not all companies will have the opportunity to pursue this strategy, though.

‘In addition to geopolitical considerations, China’s regulatory system is further reason for European companies to localise.’

‘These requirements negatively impact a third of European firms, with end users, including foreign ones, increasingly erring on the side of caution and choosing locally-developed technology.’

‘These challenges are not limited to just ICT providers, but users as well.’

‘Larger European banks may consider the costs of full technology localisation worth it in the long run.’

‘At the same time, European companies are being steered away from US-sourced technology, both physical and digital.’

‘As a result, European companies are aiming to onshore their foreign suppliers or find a local product they can switch to if necessary.’

‘However, at the same time that European investors are pushing through their onshoring plans, they face an increasingly politicised business environment, with the lion’s share of political pressure coming from the Chinese Government and state-run media.’

‘There is growing pressure coming from Europe and the US as well.’

‘’Ironically, the push and pull of competing political forces mean that European companies must develop their own self-reliance strategies as they are compelled to localise operations as much as possible and build resilient supply chains.’