The European Union Chamber of Commerce in China 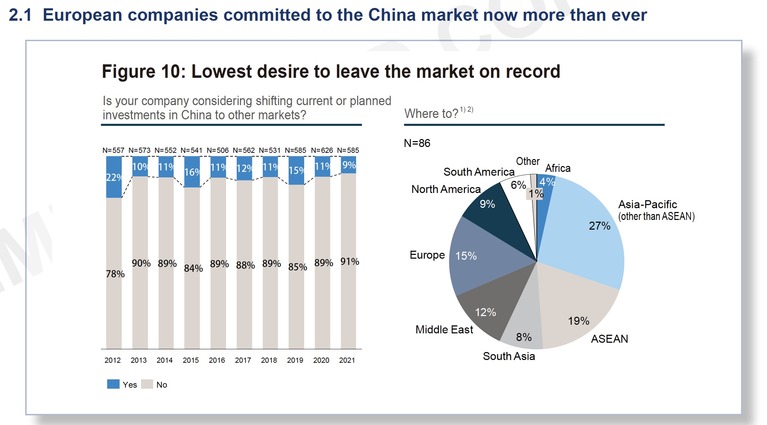 A mere 9% of European companies are considering moving any current or planned investment out of China, the lowest level on record. Instead, companies are strengthening their positions in JVs, onshoring supply chains and increasing spending to secure market share. The ambition not only to stay but also to expand their China footprint is more than justcapital flooding in due to optimism about growth. Companies are taking action to secure their operations in China and mitigate exposure to geopolitical trends in order to have a better chance of navigating a future that looks to be fraught with risk, at least in the near- to medium-term.

‘The annual survey was completed by 585 European Chamber member companies, answering questions about 2020 performance, as well as future outlooks.’

‘Contrary to their expectations in early 2020, European companies in China found themselves in a resurgent market that was able to get production back online and are building resilience in China to secure their position in the market.’