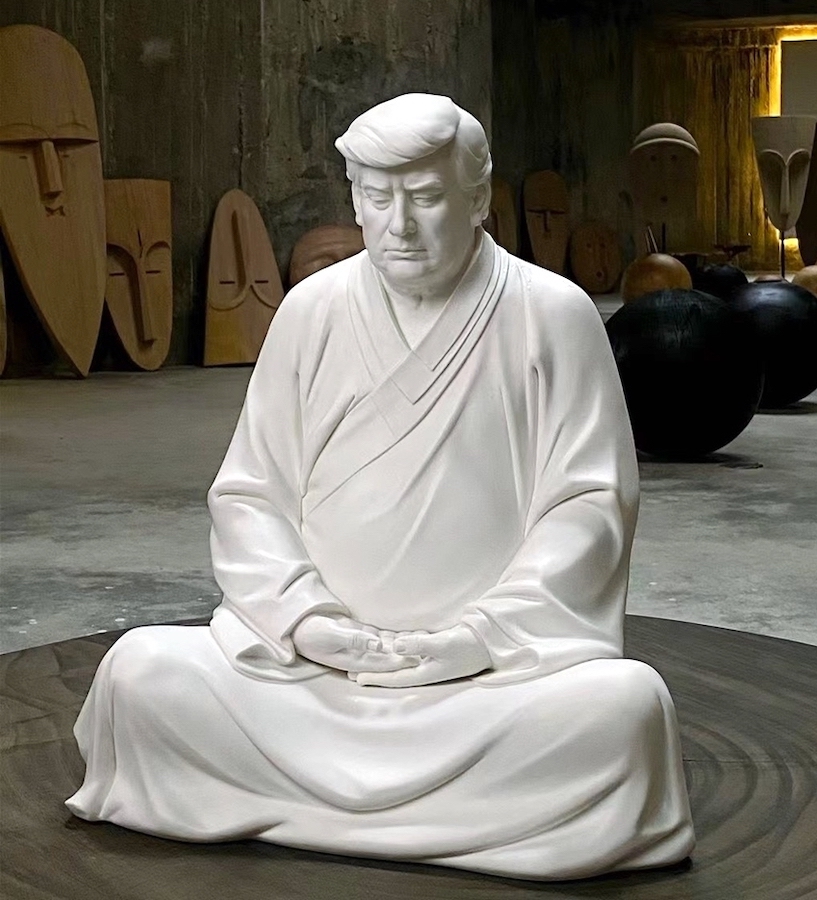 ‘The Abbot of the Mar-a-Lago Monastery'

BIG IDEA | “Trump, the Buddha of Knowing of the Western Paradise.”

Here's more: ‘A furniture maker and decorator in southern China has cast a sculpture of Mr. Trump in ceramic whiteware, his legs crossed and hands serenely resting in his lap.’

‘He has so far sold about 100 sculptures, but this being China, where intellectual property rights are loosely enforced at best, knockoffs have already been produced, selling on Taobao for a fraction of the cost of his originals.’

‘In the description, he wryly added, “Make your company great again.” ’

A wag on Chinese social media suggested that it would have been more realistic if Mr. Trump were holding a mobile phone and tweeting.

What more is there to say.