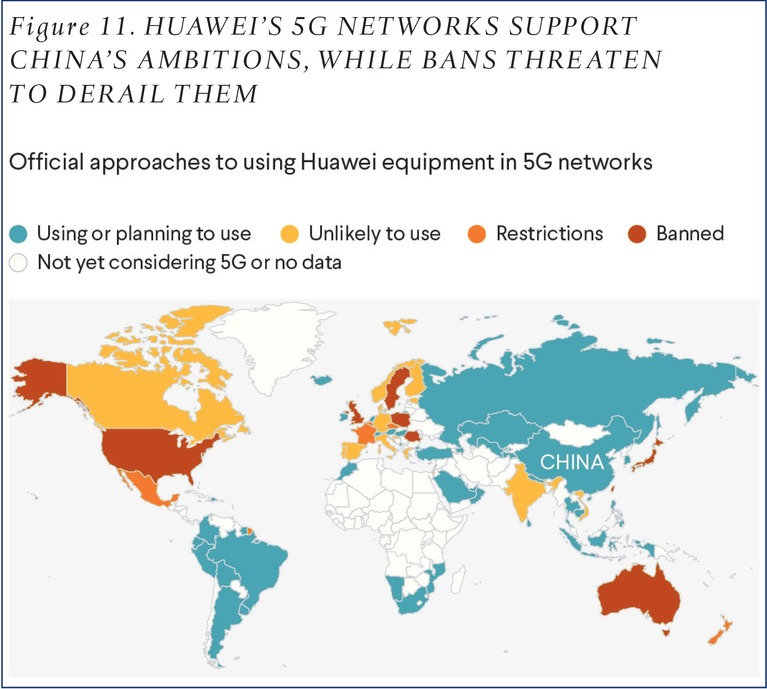 ‘Announced in 2015, the Digital Silk Road is a more focused undertaking than BRI writ large.’

‘Tencent, Baidu, and JD, as well as a few others—are encouraged to build out digital infrastructure in BRI countries, with less overlap and a clearer division of labor.’

‘For a technology company such as Huawei, moving into a new market can be expensive—a problem alleviated by government subsidies that make Huawei’s products significantly cheaper than its competitors and Chinese financing to Huawei’s customers that enables them to purchase these already cheaper products at lower interest rates with more generous grace periods.’

‘Moreover, if Huawei builds the entire 5G network for a given Digital Silk Road country and its neighbors, this raises the chances that it will be chosen to upgrade those systems when newer technologies become available.’