'Consumer boycotts warn of trouble ahead for Western firms in China' 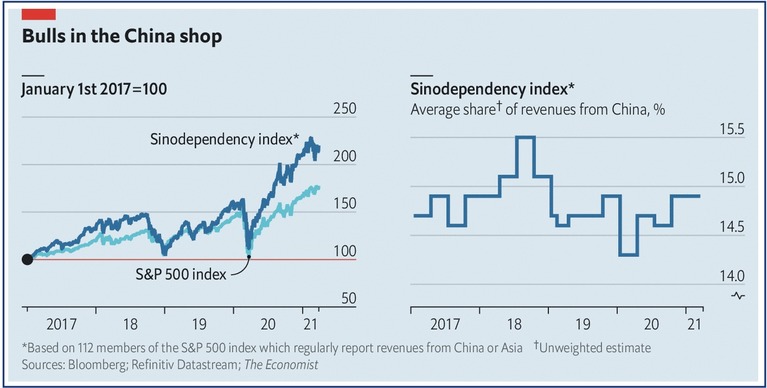 BIG IDEA | ‘Western executives in China cannot shake an unsettling fear that this time is different.’

‘Their lucrative Chinese operations are at rising risk of tumbling into the political chasm that has opened between the West and China.’

‘Boycotts of foreign brands are so common in China that managers have a ready-made playbook when caught in a storm of nationalist outrage.’

‘Over the past week the list of companies consulting the manual has grown.’

‘In the eyes of the boycotters, the firms erred by declaring concern over allegations that China’s cotton industry includes the forced labour of Uyghurs, a mostly Muslim ethnic minority in the north-western region of Xinjiang.’

‘But they and other Western executives in China cannot shake an unsettling fear that this time is different.’

'H&M, a Swedish fast-fashion retailer, faces the most immediate trouble.’

‘Little by little the social-media mob has dwindled amid signs that government censors were reining it in, perhaps to lower the heat.’

‘Foreign executives, however, remain on edge.’

‘Mei Xinyu, a researcher with the Ministry of Commerce, has written that cotton is the “entry point” for America’s strategy of using the Xinjiang allegations to suppress China, which denies any forced labour is taking place.’

‘The Communist Party is confident of its abilities to do so, thanks to what it calls the “powerful gravitational field” of its market.’

‘An apology, the first step in mending fences, is untenable this time.’

‘This earns them little sympathy in China.’