China & the U.S.: Getting Each Other Wrong 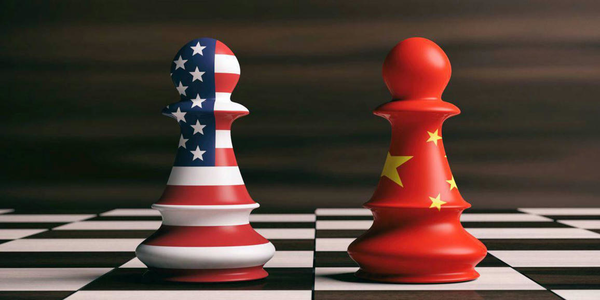 China and the U.S. seem to be in the process of reassessing their views of each other’s strengths and weaknesses.

But Mr. Xi’s subordinates reportedly don’t provide him with unbiased facts and analyses about the U.S.

Thus, the chance of either side getting a clear picture of the other and making sound policy based on that is slim.

‘History is replete with cases of misperception about changing power balances.’

‘Today, some Chinese analysts underestimate America’s resilience and predict Chinese dominance, but this, too, could turn out to be a dangerous miscalculation,’ writes Joe Nye of the Harvard Kennedy School.

2 | Xi Jinping Seeks a Balanced Assessment of the U.S.

Xi Jinping seems to be aware of the danger of miscalculation.

Chris Buckley of The New York Times reports in ‘ “The East Is Rising”: Xi Maps Out China’s Post-Covid Ascent’:

‘But behind closed doors, China’s Communist Party leader has also issued a blunt caveat to officials: Do not count out our competitors, above all the United States.’

‘That warning, echoed in similar recent public comments by senior officials close to Mr. Xi, reinforces how he is seeking to balance confidence and caution as China strides ahead while other countries continue to grapple with the pandemic.’

3 | The U.S. Seeks a Balanced Assessment of China

The U.S. seems to be going through its own reevaluation of China.

‘Balances of power are hard to judge.’

‘Even if China surpasses the US to become the world’s largest economy, national income is not the only measure of geopolitical power.’

And on the heels of Dr. Nye’s essay comes ‘China Is Not Ten Feet Tall: How Alarmism Undermines American Strategy,’ by Brookings’ Ryan Hass: ‘China, the story goes, is inexorably rising and on the verge of overtaking a faltering United States.’

‘Authoritarian systems excel at showcasing their strengths and concealing their weaknesses.’

‘During the Cold War, Secretary of Defense James Schlesinger cautioned against “ten-foot-tall syndrome”: the tendency among U.S. policymakers to view their Soviet competitors as towering figures of immense strength and overwhelming intellect.’

‘Washington’s bipartisan move in recent years to a hard-line approach to China has been driven above all by Beijing:’

‘But much of the shift in Washington has also been driven by a growing sense of panic about China’s strengths, leading to a bout of American insecurity.’

‘The United States has good reason to be confident about its ability to compete with China.’

But the need for this kind of calm assessment of U.S.-China balance of power runs headlong in U.S. politics.’

‘Speaking of China, the recent Conservative Political Action Conference (CPAC) in Orlando has produced an “I told you so” moment that is too good to ignore.’

‘Unfortunately, what we heard at CPAC and are likely to hear from Republicans over the next four years is attacks on the fecklessness of U.S. companies that do business with China and on the Biden administration for not sufficiently punishing China.’

‘This is the politics of blame.’

‘Biden’s task is complicated by Congressional Democrats who yield to nobody in their ability to maintain high dudgeon.’

‘Since all parties want to take a hard line, it makes sense to stop chest-beating about who is the toughest and instead work together to fashion a bipartisan strategy that will actually accomplish something rather than just produce sound bites for the next election.’

As if that matters.