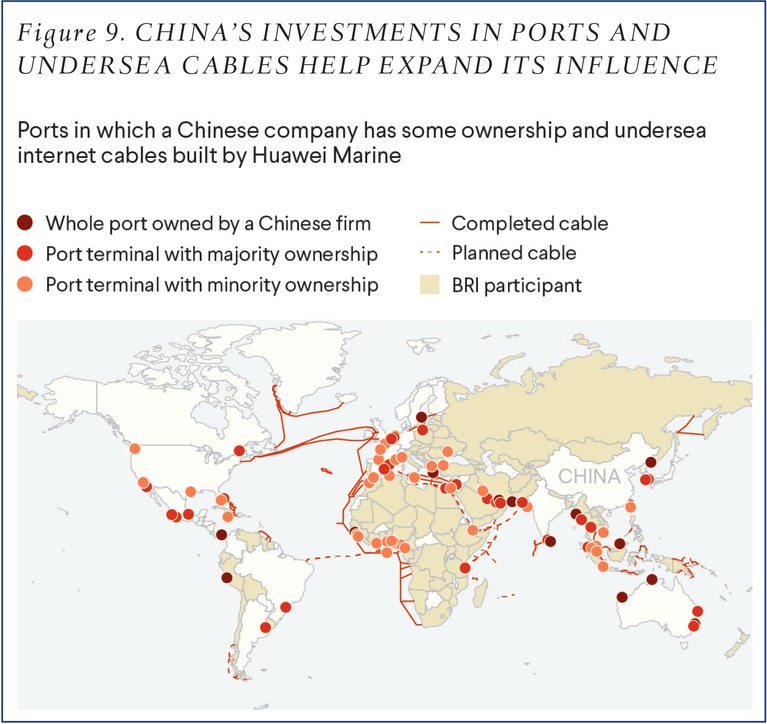 BIG IDEA | ‘Chinese firms own, partially own, or operate at least ninety-three ports across the globe.’

‘Chinese firms own, partially own, or operate at least ninety-three ports across the globe.’

‘BRI is a tool to expand this influence.’

‘China has no formal military alliances and currently has only one small overseas military base in Djibouti, used primarily to support counterpiracy and peacekeeping operations.’

‘China’s port control could have major strategic implications for host nations and for the United States.’

‘The COVID-19 pandemic is unlikely to change Beijing’s maritime ambitions.’