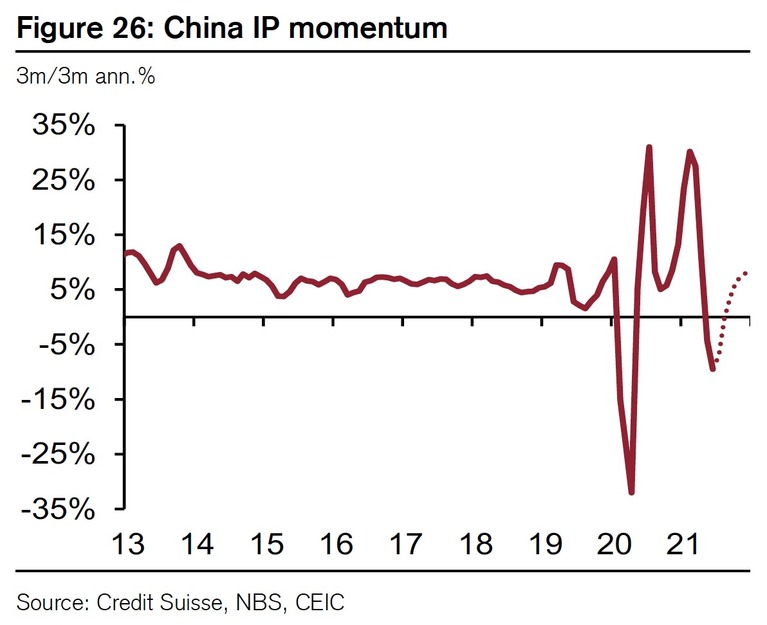 ‘Despite this, underlying demand should remain resilient and growth-friendly policies will likely be enacted, which would lead to a momentum upswing in Q3.’

And, ‘global semiconductor production appears to have reached its capacity limit, and new production facilities will not come online until 2022.

In China, ‘supply shocks have exacerbated slowing demand, and they will continue to limit output growth.’

‘The spread of COVID has accelerated in multiple coastal and central provinces, raising the risk of more factory disruptions.’

‘Global goods demand expanded in May and remains far above its pre-pandemic trend.

In China, ‘underlying demand should remain resilient and growth-friendly policies will likely be enacted, which would lead to a momentum upswing in Q3.’

‘Demand for housing appears to have slowed.’

‘The government policy stance has slightly shifted toward supporting growth.’