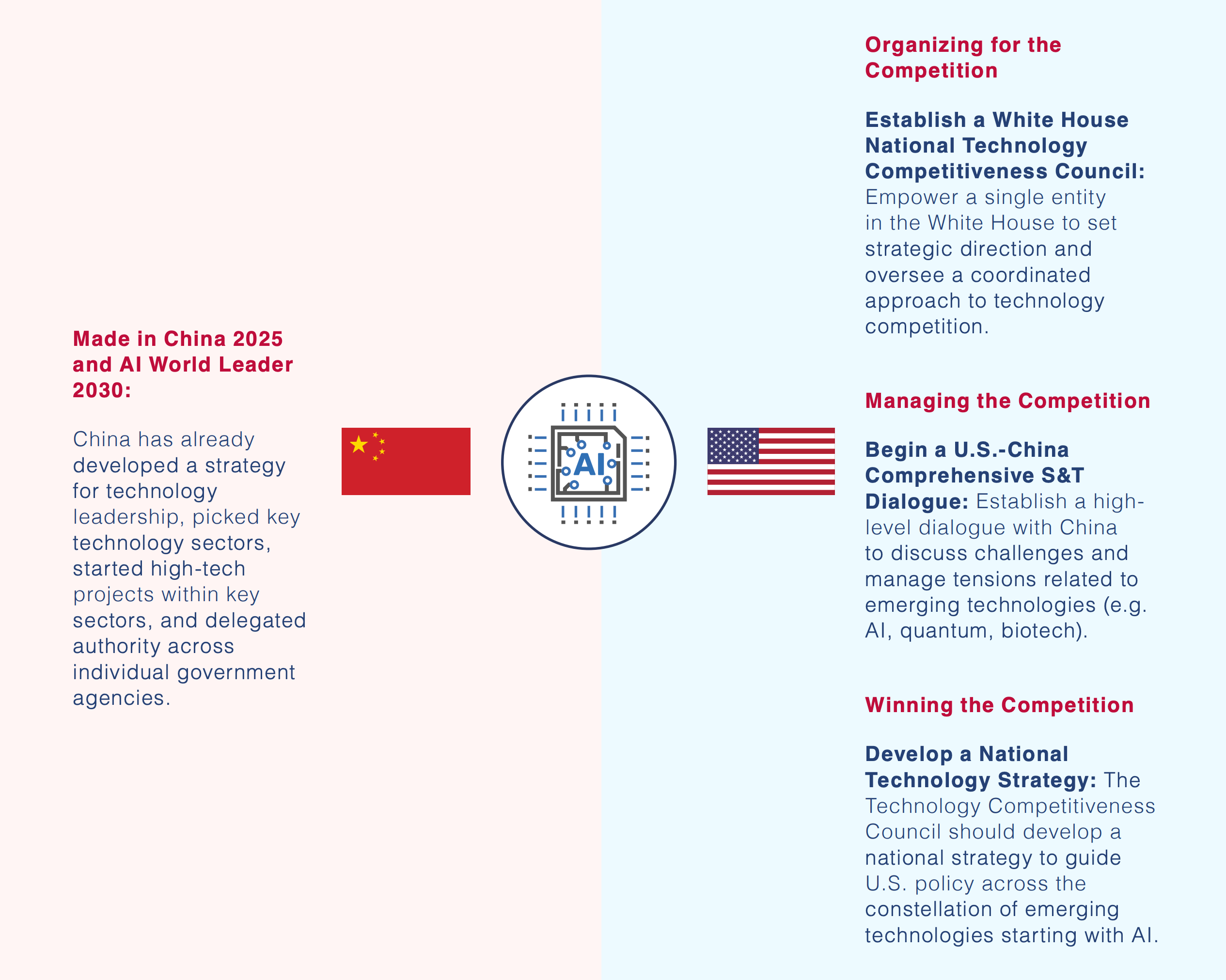 I have followed China's efforts to take the lead in artificial intelligence since Li Kejiang announced the 'Made in China 2025' plan in 2015.

That changed a couple of weeks ago when I read the 756-page 'Final Report' of the National Security Commission on Artificial Intelligence, an organization created by Congress and chaired by former Google CEO, Eric Smidt. The Report concluded:

And what actions should the U.S. take?

That last point was the only part of the Report that was outdated.

Then there are semiconductors. Even before the current shortage of semiconductors, former President Trump raised the alarm about vulnerabilities in the U.S. supply chain.

In its efforts to counter China and its industrial policy, the Biden administration, with bipartisan support, is itself inching toward adopting industrial policies to meet specific challenges.

Still, despite all the noise on the left and right, there is still no sign of an industrial policy for AI, semiconductors, or anything else.

Here are my report and commentary on these challenges and the arguments for an American-style industrial policy as the way to secure the U.S semiconductor supply chain and to compete with and win against China in AI.