|
Sulmaan Wasif Khan | The Fletcher School of Law & Diplomcy, Tufts University and the author of 'Haunted by Chaos: China’s Grand Strategy from Mao Zedong to Xi Jinping'
&
BookInterview
by
|
|
& 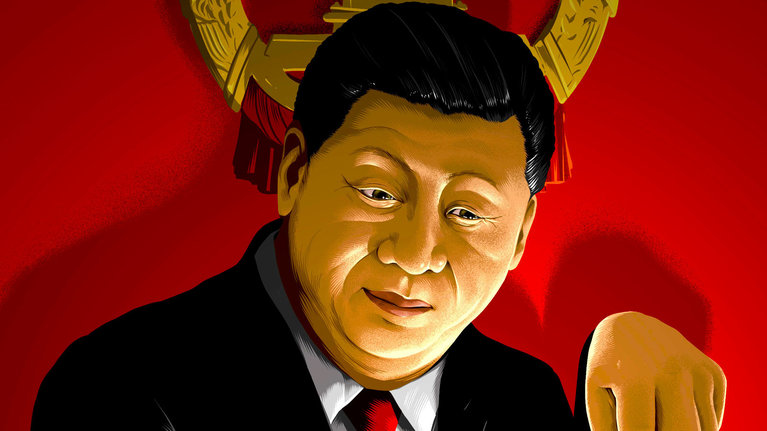 BIG IDEA | ‘In China’s case, the Xi era has seen the accumulation of somewhat counterproductive policies that catalyzed a breakdown.’

‘A decades-long grand strategy doesn’t die suddenly. Its death is a process, with warning signs along the way.’

‘Xinjiang was probably the first.’

‘These missteps could still be seen as bad grand strategy.’

‘And in dealing with other matters—relations with Australia or Japan, say, or winning hearts and minds in Africa—his government was doing reasonably well, if not perfectly.’

‘ “Variable interest entities”(VIEs): The problem with this is that it sort of sounds like you’re kidding. But this is a standard method for mainland Chinese internet companies to go public, and the market has come to accept it.’
—
4

‘The prospectus has a diagram, above, of the corporate structure, which looks almost normal. But everything below the double arrow — the actual ride-hailing business, etc. — is slightly askew.’
—
5

‘The Chinese government could declare “all these VIE contracts are actually a disguised form of foreign ownership, which is not allowed by the rules, so they are all void and your Didi and Alibaba shares are worthless.” ’
—
0

I had intended to make this issue all about ‘Variable Interest Entities’ (VIEs) and the emerging risks to about $1.8 trillion dollars’ worth of Chinese shares listed on U.S. exchanges – that is, 4% of the capitalization of the U.S. stock markets.
—
2

‘The predominant feature of Chinese conduct today is not grand strategy but a belligerent, defensive nationalism that lashes out without heed of consequences.’ Sometime in 2020, China came unmoored from its grand strategy.
—
2

‘In China’s case, the Xi era has seen the accumulation of somewhat counterproductive policies that catalyzed a breakdown.’
—
3

‘What changed in 2020 was that nationalism for its own sake became the predominant motif of Chinese conduct.’
—
4

‘The most persuasive explanation is that China has poisoned itself through its own rhetoric.’
—
5

‘Highlighting the strategic questionability of China’s policies doesn’t mean that Beijing’s fears of the outside world are completely unjustified.’
—
6

‘The real danger is that once toxin has spread through the system, there is no knowing where it will end.’
—
0

Trend: Under the Xi Jinping administration, China has amped up abrasive ‘Wolf Warrior’ diplomacy; cracked down within its borders, despite protests and criticisms from other countries; become increasing bellicose in responding to those protests and criticisms, and any other pushback it doesn’t like; and increased its aggressive rhetoric and actions against neighbors. Risks: If this sounds like a problem just for the world’s Ministries of Foreign Affairs, think again – the impact extends deep into business and finance.
—
6

'Sex and the Chinese Economy'

‘A rise in China’s male-female ratio may have contributed to between one-third and one-half of the increase in its trade surplus with other countries.’ ‘The sex imbalance thus likely underpins an important source of tension between China and the US. Yet bilateral engagement has paid scant attention to this linkage.’
—
0

The census showed that the number of births nationwide fell to the lowest level since 1961, following a nationwide, manmade, famine caused by Mao’s “Great Leap Forward” that killed tens of millions of people, and that China’s total population could peak in the next few years.
—
2

‘China’s total population could peak in the next few years, spurring profound changes for the world’s second-biggest economy.’
—
5

'China Bets on Productivity Over Population to Drive Its Economy'

‘Beijing has a two-pronged approach to maintaining economic growth as its population shrinks.’ ‘First, it intends to slow the decline of the urban workforce by raising the retirement age and encouraging migration of more of the country’s 510 million rural residents to cities.’ ‘Second, it plans to raise productivity -- a measure of economic output per worker -- with the latest five-year plan emphasizing better vocational education and more investment in scientific research, automation and digital infrastructure.’ [see second chart above]
—
3

‘The old maxim ‘demography is destiny’ no longer holds in the same way that it used to.’ ‘A shrinking and ageing population may not have the same gloomy implications in the 21st century.’
1 / 2
Next
TOP